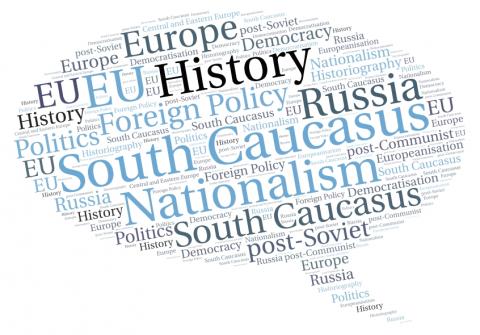 Along with the European and EU aspirations of South Caucasian states, the issue of inherently exclusionary nationalism and discourses around constructing national identity has come to the fore not only in political, but in academic discussions as well. Since acquiring independence, the local historiography of this post-Communist space has largely been informed by the political transformations. In these countries, historical narratives are often instrumentalized to buttress the foreign policy decisions, play a prominent role in political as well as public debates.

In order to place all this into a comparative framework, Central European University’s Nationalism Studies Program and History Department and their joint doctoral track Populism, Nationalism, and Authoritarianism: Movements and Regimes are soliciting papers for an exploratory workshop concerning the morphology and evolution of nationalist historiography in post 1989 South Caucasus. Along with collecting interdisciplinary studies and varied themes, the workshop will aim at devising methodological best practices for researching and analyzing nationalist historical grand narratives in the post-communist space, changes in core elements of national discourses and concomitant historical scholarship, including approaches to examining national history within the different local contexts. The workshop will tackle scholarly practices of approaching historical discourses in the region both with qualitative and quantitative methods, focusing on the divergent roles and types of nationalisms and their entanglement with historiography.

This workshop aims at initiating a debate on how historical narratives in the countries of South Caucasus have been evolving and how they can be studied with regard to the historiographical frameworks of the broader Eastern European post-Communist space vis-à-vis the legacies of Soviet rule. In terms of comparative historical approach, this platform would provide a feasible starting point to draw on similarities and differences on academically approaching historical cultures and national historiographies in Eastern and Central Europe on the one hand, and the South Caucasian post-Communist states, on the other. The workshop will gather prominent scholars as keynote speakers along with graduate-level students.

We invite colleagues from the humanities and social sciences to submit 300-word paper abstracts and short biographies to Nino Gozalishvili by October 10. Results will be announced before October 25. Final papers (of up to 4,000 words) are due by February 1. If you have any questions, please contact us at Gozalishvili_Nino@phd.ceu.edu.  For more information and updates, please check the websites of the History Department and the Nationalism Studies Program’s websites or follow our Facebook pages. The financial support for travel expenses might be available for several participants who rely on external funding.