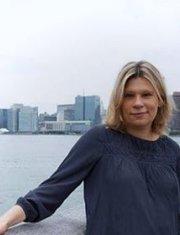 Irnya Vushko is Assistant Professor of History at Princeton University. She completed her MA at CEU and her PhD at Yale University (2008). Her book, The Politics of Cultural Retreat: Imperial Bureaucracy in Austrian Galicia, 1772-1867, appeared in 2015 with Yale University Press. The book won the 2016 Kulczycki Prize for the best monograph in any area of Polish studies and was shortlisted for the 2016 Joseph Rothschild Book Prize in Nationalism and Ethnic Studies. She is currently at work on a second book, tentatively titled From Empire to Nation States.