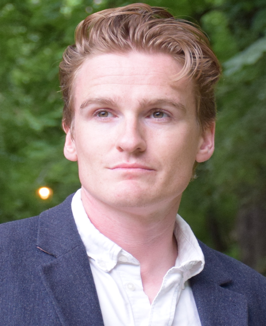 Dr Sam Gilchrist Hall is Senior Lecturer in English Literature and Language at KRE, Budapest, and Managing Director of Gilchrist and Hamilton, a digital-learning platform and educational consultancy firm. He was educated (and taught at) the University of London and has published a monograph, Shakespeare’s Folly: Philosophy, Humanism, Critical Theory (Routledge, 2017), along with several articles on early modern literature, philosophy, theology and Critical Theory. His most recent, Beasts of the Apocalypse in Thomas Müntzer and King Lear, is appearing in Textual Practice.

An avid writer of fiction, he has recently completed a novella called Inside Virgil Caine: One Man in His Time and is working on his first full-length novel, provisionally entitled The Bachmann Tapes; extracts of both can be found on Vocal Media https://vocal.media/humans/the-golden-fish and https://vocal.media/stories/the-telephone

Please contact him (Sam.Hall@kre.hu) for enquiries about supervision of research projects or theses in the following areas: European Modernism, Shakespeare, Early Modern Literature and Critical Theory.