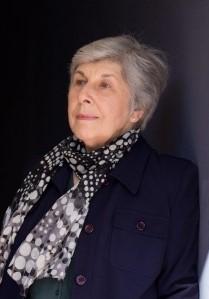 Sheila Fitzpatrick is Professor of History at the University of Sydney and Distinguished Service Professor Emerita of the University of Chicago. Her books include Everyday Stalinism (2000), Tear off the Masks! Identity and Imposture in Twentieth-Century Russia (2005), My Father’s Daughter (2010) and a memoir of Moscow in the 1960s, A Spy in the Archives (2013. Her most recent monograph, On Stalin’s Team: The Years of Living Dangerously in Soviet Politics, was published by Princeton University Press and Melbourne University Press in September 2015 and won the Prime Minister's Prize for Non-Fiction in Australia in 2016. She is currently working on a project on displaced persons from the Soviet Union after the Second World War and the issue of repatriation. Her book on the experiences of Michael and Olga Danos as DPs in Germany is now finished and will be published as Mischka`s War: A  European Odyssey of the 1940`s by Melbourne University Press and I.B.Tauris in London in July of this year.