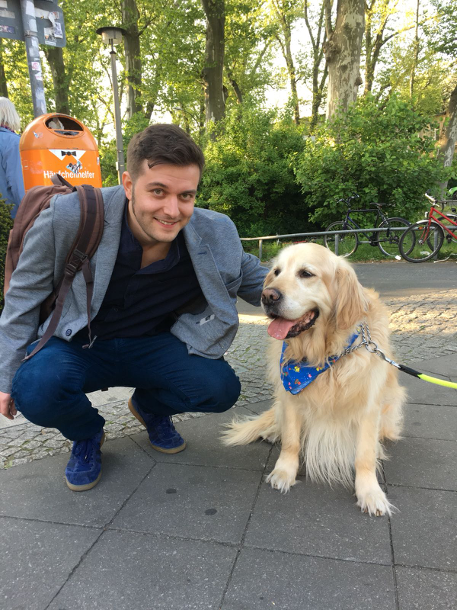 Adrian Grama (PhD 2017) is Principal Investigator of the DFG funded project “Dominant Fictions” at the Institut für Ost- und Südosteuropaforschung in Regensburg, Germany. His first book was a social history of metalworkers and miners in postwar Romania. His current project offers a comparative historical sociology of the development of labor law on the Southern and Eastern margins of Europe in the twentieth century, with Portugal and Romania as empirical case-studies that better illuminate the longue durée emergence and formalization of the “standard employment relationship”, the supposed norm against which we came to judge our epoch of precarious jobs and fragmented Lebensläufe.

“For the humanities and the social sciences, research is possible only on the basis of liberality, of the free and largely unaccountable distribution of resources with no immediate goal at stake other than knowledge. This is what CEU did over the past quarter century of its existence: it heavily invested in academic pursuits which are customarily highjacked by policy-makers or by the rules of profit-making, asking for nothing in return and thereby enhancing the dignity of public debate across the region. The by-product of this activity was freedom. CEU trained generations of scholars and professionals, people who acquired the habit of taking their craft seriously, and it served as a place of intellectual emancipation for my generation, people who were first encouraged to take themselves seriously not in their native lands but in Budapest, Hungary.”