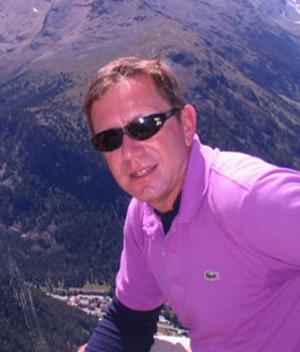 Jaroslav Miller completed his doctoral studies at CEU in 2004, having begun as an MA student in 1996. He is currently the Rector of Palacký University, Olomouc, Czech Republic. He has twice been appointed an Alexander von Humboldt Fellow (2006 in Marburg, 2010 in Münster), and in 2008 was a Fulbright Fellow at the University of Georgia, USA. During the 2010-2011 academic year, he held a Guest Professorship at the University of Western Australia in Perth and is a 2012 nominee for the Gerda Henkel Prize. Miller chose CEU for a variety of reasons, including the " strong wish to integrate myself into the international community of students and later...scholars..." Miller writes: "My long-term experience with CEU helped me substantially and may justly be considered the milestone which predetermined not only my subsequent academic career but also (perhaps more importantly) my personal life. Moreover, I may rely upon the increasingly dense network of the CEU alumni. Many of them became intellectual and political leaders in many (and especially in Central European) countries and respected scholars in research institutions worldwide."