Professor Carlo Ginzburg Delivers a Public Lecture: “Medals and Shells: On Morphology and History, Once Again" 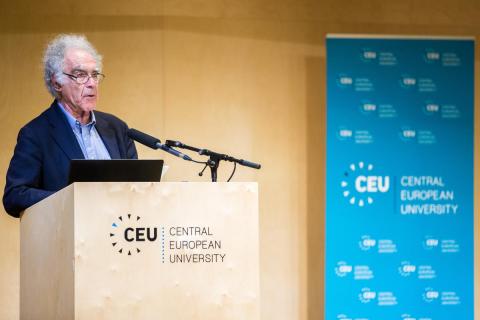 Medals and shells, the remnants of natural and human past, are often seen as clues leading to different ways of thinking about the world. But is it possible that thinking about shells may enrich our understanding of medals? This was one of the questions raised in the public lecture of Carlo Ginzburg, professor emeritus at UCLA, delivered at CEU on May 24th. The lecture was a part of events held during the professor’s visit and fits well with the topics taught in his masterclass on historiography and discussed at the podium talk with István Rév, CEU professor and the director of the Vera and Donald Blinken Open Society Archives.

Introducing the speaker, the head of the History Department, Professor Balázs Trencsényi remarked that if one was to touch upon Professor Carlo Ginzburg’s contributions to the history writing of the 20th century, the evening would be halfway through without the speaker uttering a word. Widely regarded as one of the most erudite active historians and a pioneer of the microhistorical method, Ginzburg often introduces himself as a historian of European witch trials. Indeed, this strand of his scholarship is marked by such field defining publications as The Night Battles: Witchcraft and Agrarian Cults in the Sixteenth and Seventeenth Centuries (1966, trans. 1983) and Ecstasies: Deciphering the Witches' Sabbath (1989, trans. 1990). However, this title shows only a side of his work, because numerous pieces on art history and methodological writings acquired wide esteem.

Professor Ginzburg began the public lecture by reflecting on his first book – The Night Battles, devoted to the benandanti (Good Walkers): a phenomenon widespread in the Friuli region. Benandanti were people born with a caul who had to fight witches for the fertility of the crops. This project eventually led to the publication of Ecstasies, a work inspired by wider questions and proposing the connection between the benandanti of Renaissance Italy and the shamans of Central Asia. This insight was a result of the morphological method and Ginzburg showed that suspending chronological and geographical differences in history writing can lead to novel insights. 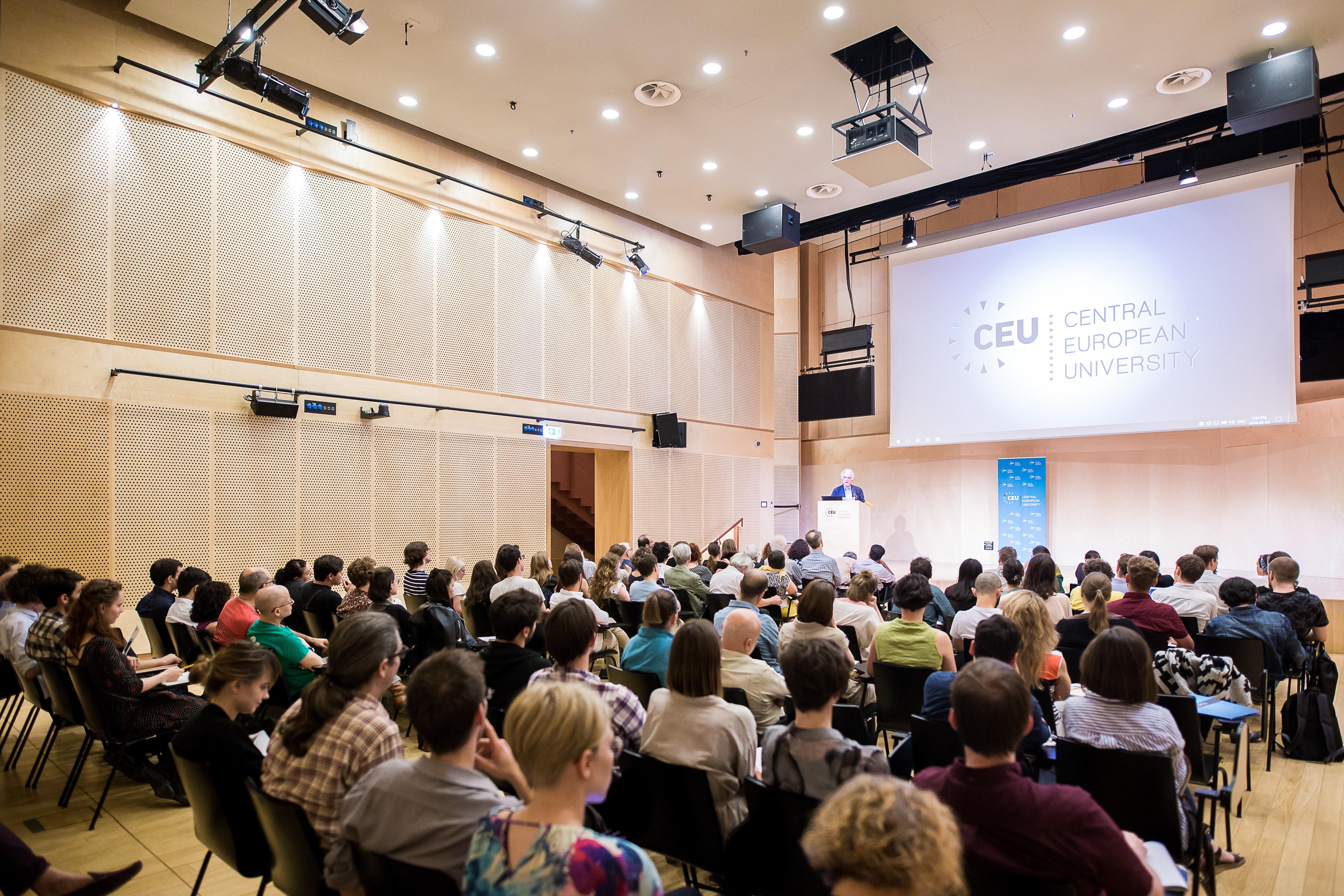 Guiding the audience through the European intellectual tradition of several centuries, Ginzburg argued that the application of the morphological method to understand the past was once a well-trodden path. It was exemplified by addressing an important discussion on the differences between historians and antiquarians. The core differences between the two approaches start with the preferred sources – written material versus material objects. This preference leads to different ways of engaging with the past: while the historian aims to trace genealogy and dynamic change through time, the antiquarian addresses it through morphology – atemporal evaluation of objects.

Ginzburg argues that there was much at stake in the rivalry between the two approaches, because once the veracity of written sources was put in question, it reflected directly on the concept of historical truth and evidence. In time, the antiquarian approach was incorporated into the historian’s craft and helped to tackle the epistemic skepticism by supplying the written sources with scholarly evaluated evidence of material remains from the past.

That leads Ginzburg to argue that chronology is a strong tool in historian’s craft, whereas it is of secondary importance to the antiquarian, for he primarily relies on morphology. But Ginzburg takes a step further, asking: but which morphology? One formulation of the method was supplied by Georges Cuvier, who is often named the founding father of paleontology. His was a static morphology, which allowed to reconstruct complete animal structure from fragmentary evidence and reminds of the workings of an antiquarian. However, the term morphology was coined by Johann Wolfgang von Goethe, who formulated the method in dynamic terms as a part of his studies in natural sciences. Goethe insisted that morphology was a way to show the development of a plant from its widespread ancestral form.

Professor Ginzburg shows that an approach similar to dynamic morphology led to a breakthrough in connoisseurship, allowing to attribute authorship with higher accuracy. Art historian Giovanni Morelli suggested directing special attention towards specific parts of paintings, earlier passed as insignificant: the form of ears, nails, or the curve of hair. It is there, Morelli held, that the true nature of the artist manifests. An approach not dissimilar will later be employed by Sigmund Freud in the Psychopathology of Everyday Life, and Professor Ginzburg argues that the method both Morelli and Freud share relates to the dynamic morphology. Just as it’s static counterpart, the method allows a reconstruction of a larger whole through addressing its part, however it rejects the insurmountable barriers between types and argues for development from common a source according to a universal plan.

Although the implications of this method might seem distant from the profession of a historian, dynamic morphology is instrumental, because it emphasizes the inextricable link between the singular and the universal, joined together in the process of development. This thinking allowed to search for similarities attributable to a common source, be it an artist’s hand, the workings of nature, or Friulian benandanti and the Central Asian shamans. Professor Ginzburg convincingly argued that reflecting about medals and shells with a similar methodology allows the historian to probe depths beyond the reach of the usual historical methods.