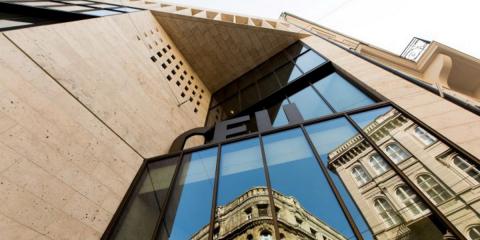 Central European University (CEU) expresses its grave concern over the repeated detentions and sentencing of its doctoral student at the Department of History, Aliaksandr Bystryk, in Belarus. Aliaksandr was earlier detained on August 12, then on November 15 (along with his wife and CEU graduate Marylia Sliaptsova) while peacefully protesting, along with tens of thousands of Belarusian citizens, against the outcome of the presidential elections, which were widely condemned by international monitors as neither free nor fair. During the nation-wide Peace March this Sunday, November 22, Aliaksandr was apprehended, beaten and taken into police custody by a group of individuals not wearing uniforms or any signs of identification. On November 24 he was sentenced to 13 days in jail in a mockery of a fair trial by the Pershamayski Court of Minsk.

The election of August 9 was marred by allegations of widespread electoral fraud. Numerous countries refused to accept the result of the election, as did the European Union, which imposed sanctions on Belarusian officials deemed to be responsible for "violence, repression and election fraud". The results of the election led to widespread protests. Hundreds of courageous Belarusians, including students and teachers, have been sentenced to fines and jail time.

We call on the authorities to release Aliaksandr Bystryk and thousands of other unjustly prosecuted citizens of Belarus, who work peacefully to secure free elections, are released from detention and restored to their full civic rights without delay.