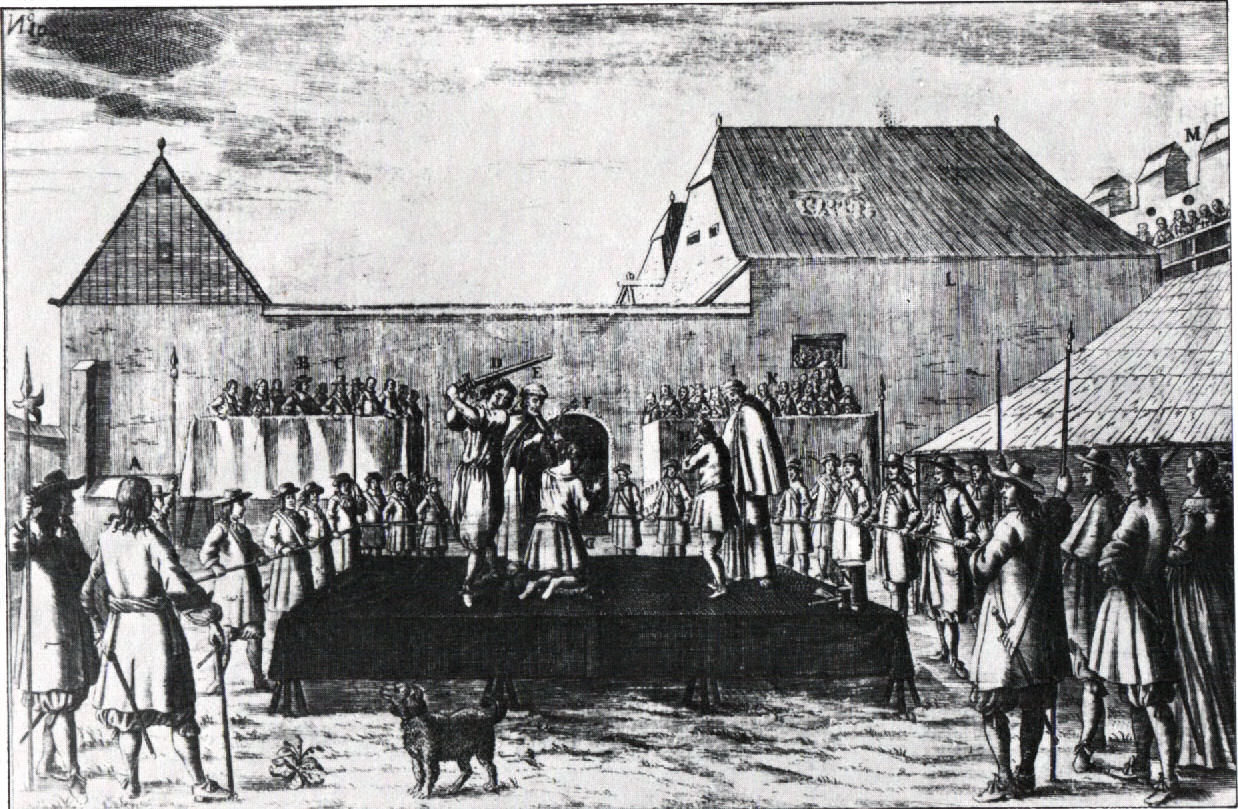 The Religious Studies Program, the Medieval Studies Department, and the Human RightS Initiative invite you to

Jesuits of the early modern period operated in a state of tension between their mission to spread Catholicism in an environment of competing and hostile religious systems, and the directive of the Spiritual Exercises of St. Ignatius, which called upon Jesuits to view each human being in a non-hierarchical fashion, and worthy of salvation. This tension is well exemplified by encounters between Jesuits and those in prison, or condemned to execution. In both instances Jesuits—as reported in heretofore unexplored records of their own Society—exhibited compassion towards even those who were bitter enemies of the objectives of the Society of Jesus. There may also have been considerable individual variation in the reactions of Jesuits involved, with some participants betraying emotional reactions to the violent executions of the day. Moreover, if an evolving Jesuit theology of the body can be identified, then the points of tension among rationalist, devotionally derived, and humanist elements can serve as guideposts in the future articulation of the relationship between the Society’s historic responses to incarceration, capital punishment and one of its foundational texts, a relationship that still influences the contemporary Jesuit response to state imposed physical punishments.

Biography
Paul Shore has held teaching and research posts at Saint Louis University, Harvard Divinity School, the University of Edinburgh, and Charles University Prague, among others. Currently he is Stanley Knowles Distinguished Visiting Professor at Brandon University, Canada and Guest Research Fellow, Pasts, Inc. His publications include: The Eagle and the Cross: Jesuits in Baroque Prague; Rest Lightly: A collection of Latin and Greek tomb inscriptions; Jesuits and the Politics of Religious Pluralism in Eighteenth-Century Transylvania: Culture, Politics, and Religion, 1693-1773; and the forthcoming Narratives of Adversity: The Experience of Jesuits on the Eastern Periphery of the Habsburg Realms (1640-1773).

To participate in this seminar and receive the required reading, please RSVP at rsp@ceu.hu