Cultural Politics and the Question of Opposition in Twentieth-Century Turkey 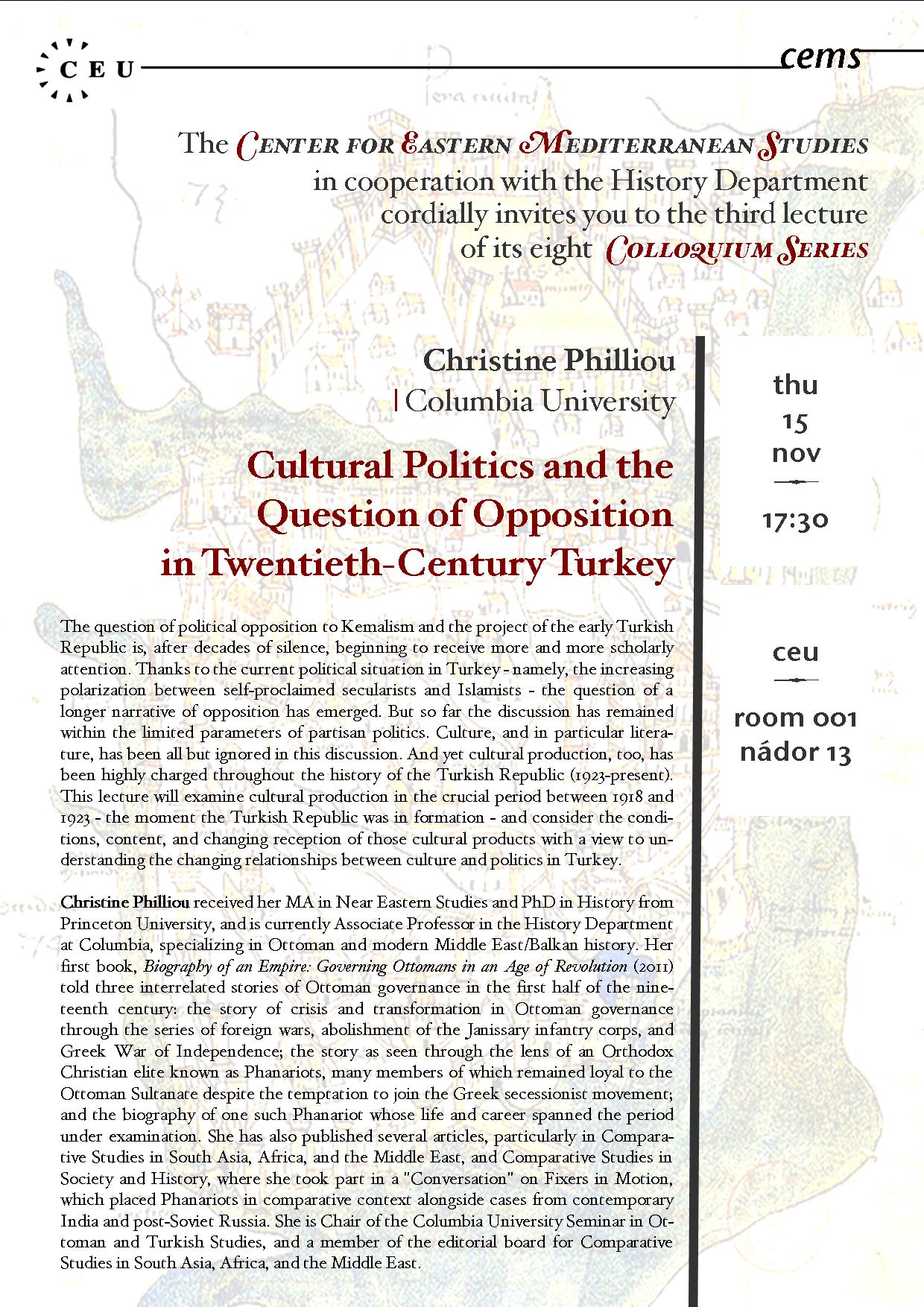 The question of political opposition to Kemalism and the project of the early Turkish Republic is, after decades of silence, beginning to receive more and more scholarly attention. Thanks to the current political situation in Turkey - namely, the increasing polarization between self-proclaimed secularists and Islamists - the question of a longer narrative of opposition has emerged. But so far the discussion has remained within the limited parameters of partisan politics. Culture, and in particular literature, has been all but ignored in this discussion. And yet cultural production, too, has been highly charged throughout the history of the Turkish Republic (1923-present). This lecture will examine cultural production in the crucial period between 1918 and 1923 - the moment the Turkish Republic was in formation - and consider the conditions, content, and changing reception of those cultural products with a view to understanding the changing relationships between culture and politics in Turkey.

Christine Philliou received her MA in Near Eastern Studies and PhD in History from Princeton University, and is currently Associate Professor in the History Department at Columbia, specializing in Ottoman and modern Middle East/Balkan history. Her first book, Biography of an Empire: Governing Ottomans in an Age of Revolution (2011) told three interrelated stories of Ottoman governance in the first half of the nineteenth century: the story of crisis and transformation in Ottoman governance through the series of foreign wars, abolishment of the Janissary infantry corps, and Greek War of Independence; the story as seen through the lens of an Orthodox Christian elite known as Phanariots, many members of which remained loyal to the Ottoman Sultanate despite the temptation to join the Greek secessionist movement; and the biography of one such Phanariot whose life and career spanned the period under examination. She has also published several articles, particularly in Comparative Studies in South Asia, Africa, and the Middle East, and Comparative Studies in Society and History, where she took part in a "Conversation" on Fixers in Motion, which placed Phanariots in comparative context alongside cases from contemporary India and post-Soviet Russia. She is Chair of the Columbia University Seminar in Ottoman and Turkish Studies, and a member of the editorial board for Comparative Studies in South Asia, Africa, and the Middle East.