The Mysteries of Mithras in Late Antiquity: New Perspectives, Old Problems of Interpretation 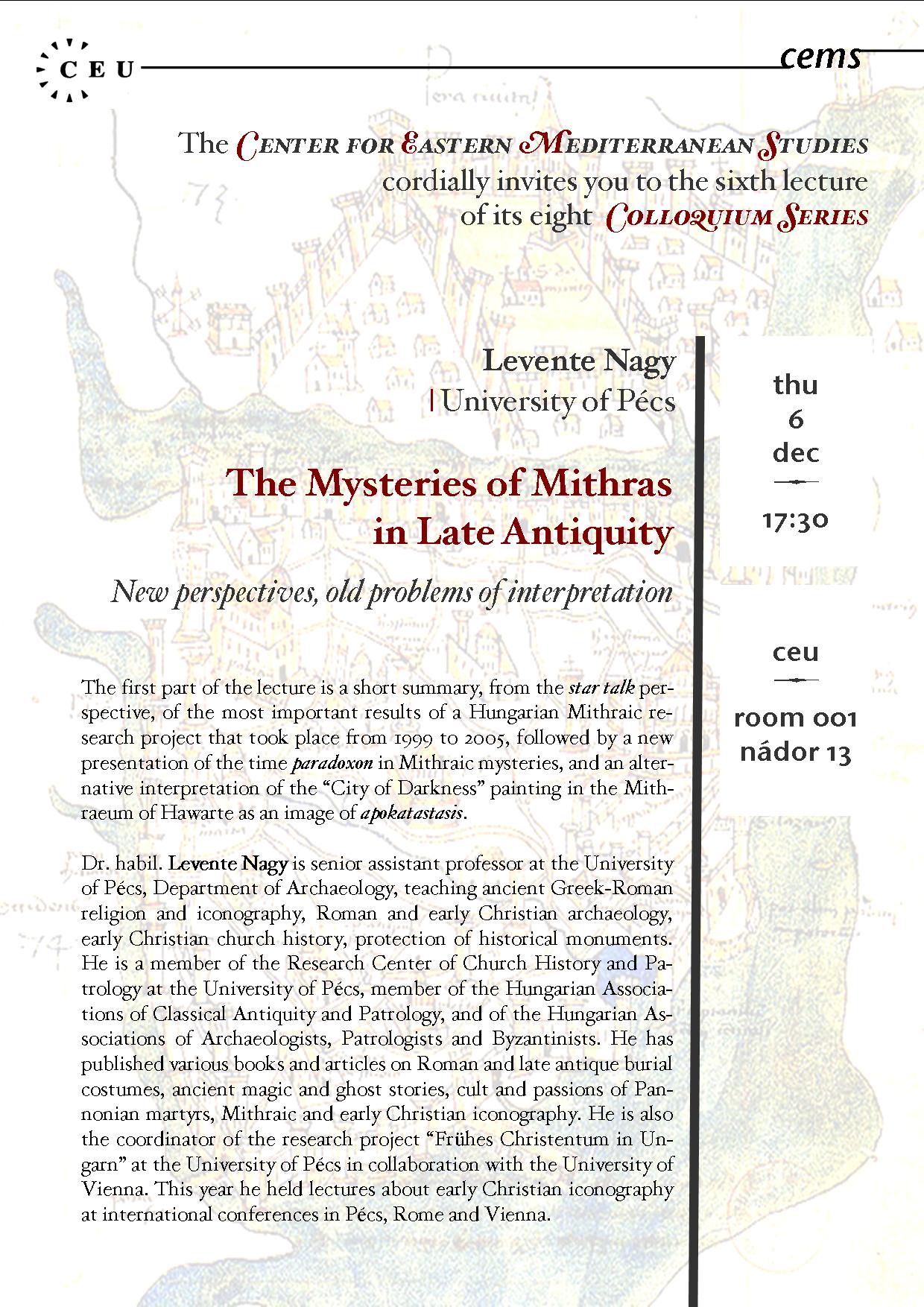 The first part of the lecture is a short summary, from the star talk perspective, of the most important results of a Hungarian Mithraic research project that took place from 1999 to 2005, followed by a new presentation of the time paradoxon in Mithraic mysteries, and an alternative interpretation of the “City of Darkness” painting in the Mithraeum of Hawarte as an image of apokatastasis.