"You Have Dared to Burn This Scroll": a Heretical Codex, Book Burning, and Severus of Antioch’s Letter to Nonnus the Scholasticus 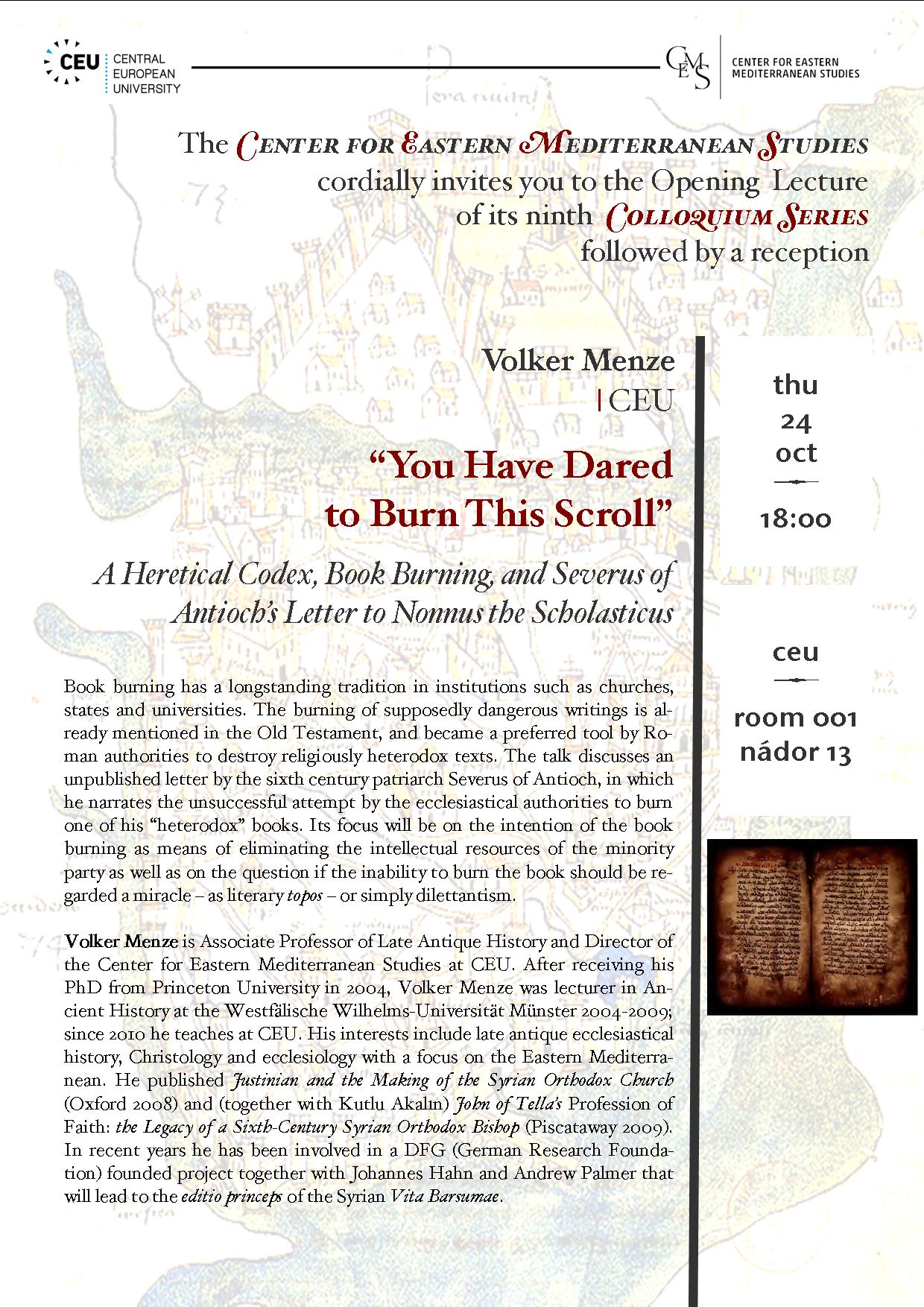 Book burning has a longstanding tradition in institutions such as churches, states and universities. The burning of supposedly dangerous writings is already mentioned in the Old Testament, and became a preferred tool by Roman authorities to destroy religiously heterodox texts. The talk discusses an unpublished letter by the sixth century patriarch Severus of Antioch, in which he narrates the unsuccessful attempt by the ecclesiastical authorities to burn one of his “heterodox” books. Its focus will be on the intention of the book burning as means of eliminating the intellectual resources of the minority party as well as on the question if the inability to burn the book should be regarded a miracle – as literary topos – or simply dilettantism.

Volker Menze is Associate Professor of Late Antique History and Director of the Center for Eastern Mediterranean Studies at CEU. After receiving his PhD from Princeton University in 2004, Volker Menze was lecturer in Ancient History at the Westfälische Wilhelms-Universität Münster 2004-2009; since 2010 he teaches at CEU. His interests include late antique ecclesiastical history, Christology and ecclesiology with a focus on the Eastern Mediterranean. He published Justinian and the Making of the Syrian Orthodox Church (Oxford 2008) and (together with Kutlu Akalın) John of Tella’s Profession of Faith: the Legacy of a Sixth-Century Syrian Orthodox Bishop (Piscataway 2009). In recent years he has been involved in a DFG (German Research Foundation) founded project together with Johannes Hahn and Andrew Palmer that will lead to the editio princeps of the Syrian Vita Barsumae.