Barbarians in the Service of the Late Roman Empire in the East: the prosopographical studies 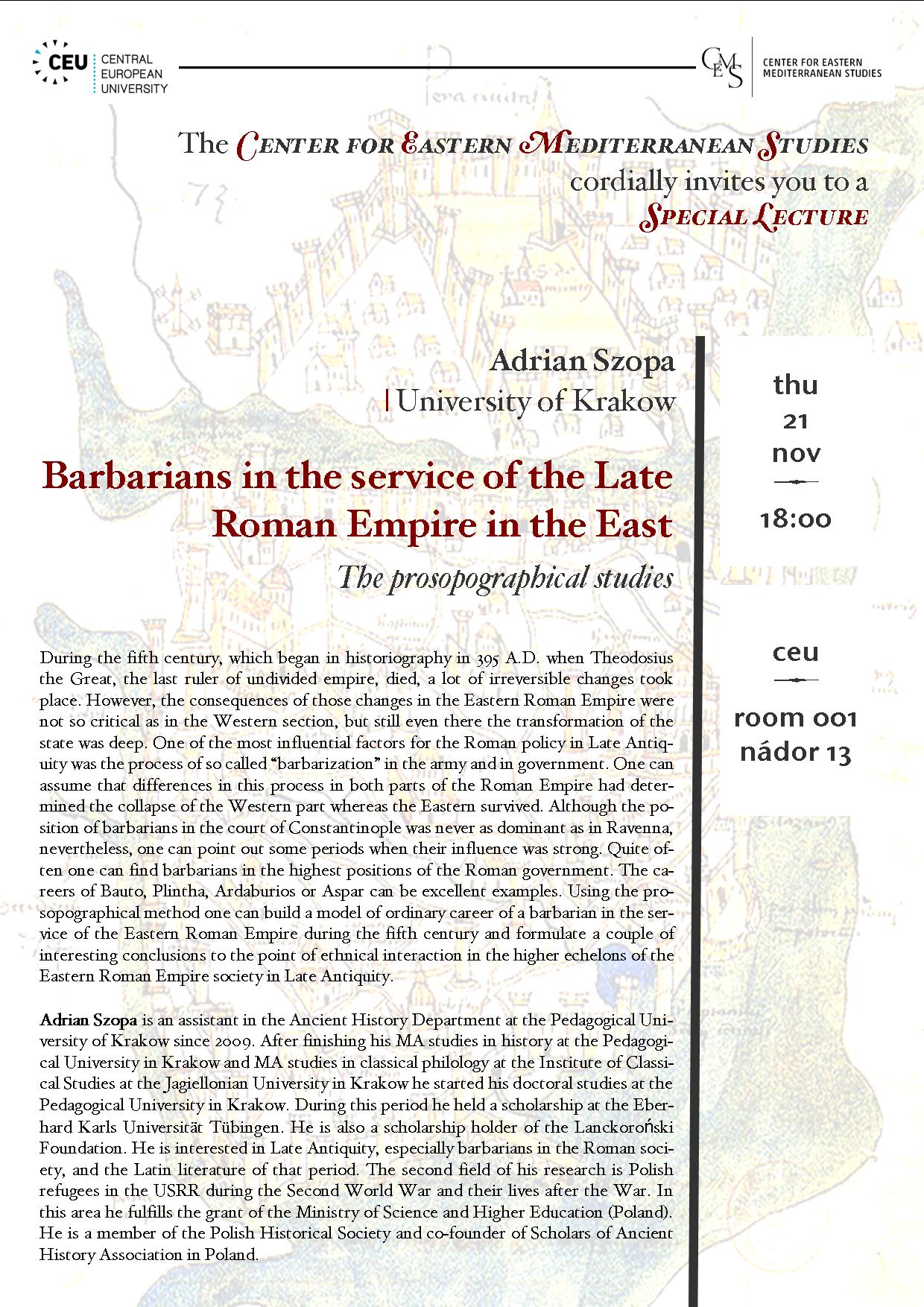 During the fifth century, which began in historiography in 395 A.D. when Theodosius the Great, the last ruler of undivided empire, died, a lot of irreversible changes took place. However, the consequences of those changes in the Eastern Roman Empire were not so critical as in the Western section, but still even there the transformation of the state was deep. One of the most influential factors for the Roman policy in Late Antiquity was the process of so called “barbarization” in the army and in government. One can assume that differences in this process in both parts of the Roman Empire had determined the collapse of the Western part whereas the Eastern survived. Although the position of barbarians in the court of Constantinople was never as dominant as in Ravenna, nevertheless, one can point out some periods when their influence was strong. Quite often one can find barbarians in the highest positions of the Roman government. The careers of Bauto, Plintha, Ardaburios or Aspar can be excellent examples. Using the prosopographical method one can build a model of ordinary career of a barbarian in the service of the Eastern Roman Empire during the fifth century and formulate a couple of interesting conclusions to the point of ethnical interaction in the higher echelons of the Eastern Roman Empire society in Late Antiquity.

Adrian Szopa is an assistant in the Ancient History Department at the Pedagogical University of Krakow since 2009. After finishing his MA studies in history at the Pedagogical University in Krakow and MA studies in classical philology at the Institute of Classical Studies at the Jagiellonian University in Krakow he started his doctoral studies at the Pedagogical University in Krakow. During this period he held a scholarship at the Eberhard Karls Universität Tübingen. He is also a scholarship holder of the Lanckoroński Foundation. He is interested in Late Antiquity, especially barbarians in the Roman society, and the Latin literature of that period. The second field of his research is Polish refugees in the USRR during the Second World War and their lives after the War. In this area he fulfills the grant of the Ministry of Science and Higher Education (Poland). He is a member of the Polish Historical Society and co-founder of Scholars of Ancient History Association in Poland.