The Manuscript the "Key of Truth": a clue to antiquity or a riddle text of modern times 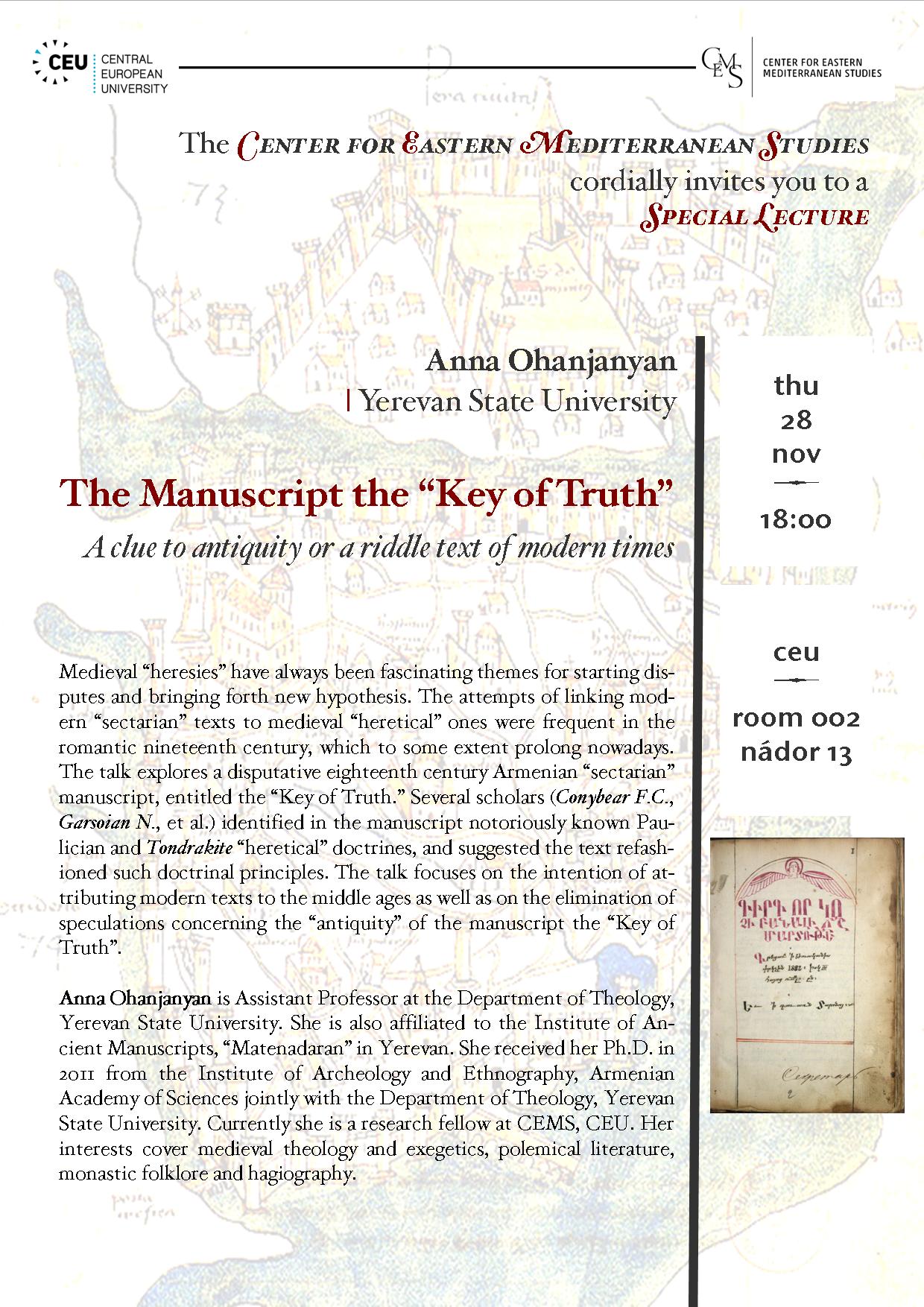 Medieval “heresies” have always been fascinating themes for starting disputes and bringing forth new hypothesis. The attempts of linking modern “sectarian” texts to medieval “heretical” ones were frequent in the romantic nineteenth century, which to some extent prolong nowadays. The talk explores a disputative eighteenth century Armenian “sectarian” manuscript, entitled the “Key of Truth.” Several scholars (Conybear F.C., Garsoian N., et al.) identified in the manuscript notoriously known Paulician and Tondrakite “heretical” doctrines, and suggested the text refashioned such doctrinal principles. The talk focuses on the intention of attributing modern texts to the middle ages as well as on the elimination of speculations concerning the “antiquity” of the manuscript the “Key of Truth”.