Translating the Qur'an in an Age of Nationalism: Print Culture and Modern Islam in Turkey - Book Launch 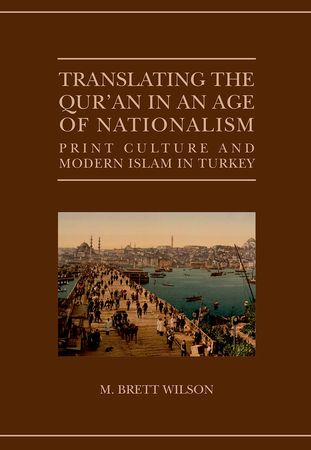 The Center for Religious Studies and the Department of History

cordially invite you to the premier Book Launch for

Translating the Qur'an in an Age of Nationalism: Print Culture and Modern Islam in Turkey

Abstract: In the 1920s, Turkey embarked on an extensive nation-building project. The leaders of the Turkish Republic as well as much of the intelligentsia believed that a contemporary translation of the Qur'an into Turkish would form a cornerstone of national literature and consciousness. This book explores the emergence of translations of the Qur'an and the role they played in the formation of modern Muslim identity and intellectual life. Turkey's attempt to nationalize the Qur'an and use translations in mosque rituals sparked debates across the Muslim world. Focusing on Turkey and following the debates to Russia, Egypt, Indonesia and India, this book illuminates the centrality and controversy of Qur'anic translation in twentieth century Muslim intellectual history.

Brett Wilson is Assistant Professor of Religious Studies and Director of the Middle Eastern and Islamic Studies program at Macalester College in St. Paul, Minnesota (USA). Focusing on modern Turkey, his research explores modernization and religious transformation in the Muslim world with recent work examining varieties of Islamic nationalism, Middle Eastern print history and the cultural history of the Qur'an. He studied at the University of South Carolina (USA) and Bosphorus University in Istanbul and completed his graduate studies in Islamic Studies at Duke University in Durham, NC (USA). For 2014-15, he is a Research Fellow at the School of Public Policy, CEU. He is currently working on his second book project (on Sufism in modern Turkey).