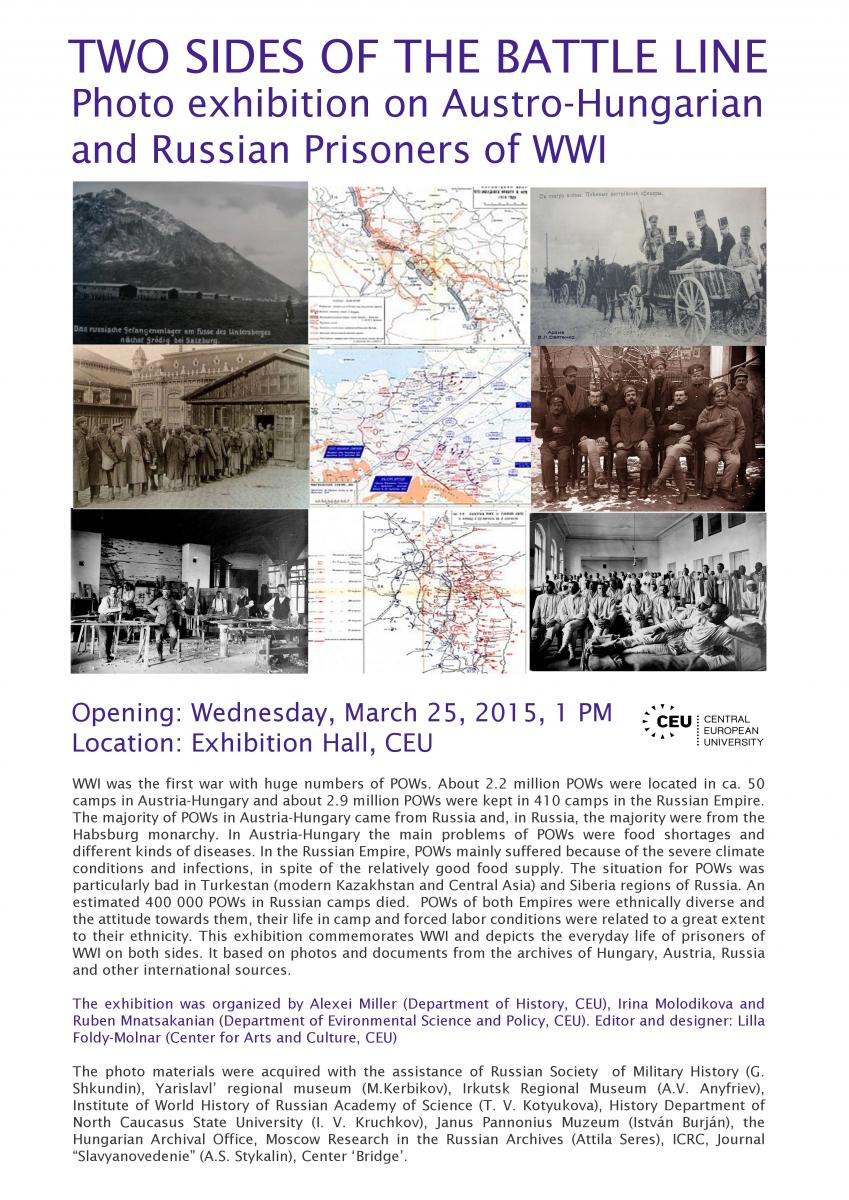 TWO SIDES OF THE BATTLE LINE

Photo exhibition on  Austro-Hungarian and Russian Prisoners of WWI

The WWI was the first war with huge numbers of POWs.  About 2.2 mln. POWs were located in 50 camps in Austria-Hungary and about 2,9 mln. POWs were kept in 410 camps of Russian Empire. The majority of POWs in Austria-Hungary came from Russia and, in Russia, the majority was from the Habsburg monarchy. In Austria-Hungary the main problems of POWs were food shortages and different kind of diseases. In Russian Empire POWs mainly suffered because of the severe climate conditions and infections, in spite on the relatively good food supply. The situation for POWs was particularly bad in Turkestan (modern Kazakhstan and Central Asia) and Siberia regions of Russia. An estimated 400 000 POWs in Russian camps died.  POWs of both Empires were ethnically diverse and the attitude towards them, their life in camp and forced labor conditions were related in great extent to their ethnicity. This exhibition commemorates WWI and depicts the evetyday life of prisoners of WWI on both sides. It based on photos and documents from the archives of Hungary, Austria, Russia and other international sources.