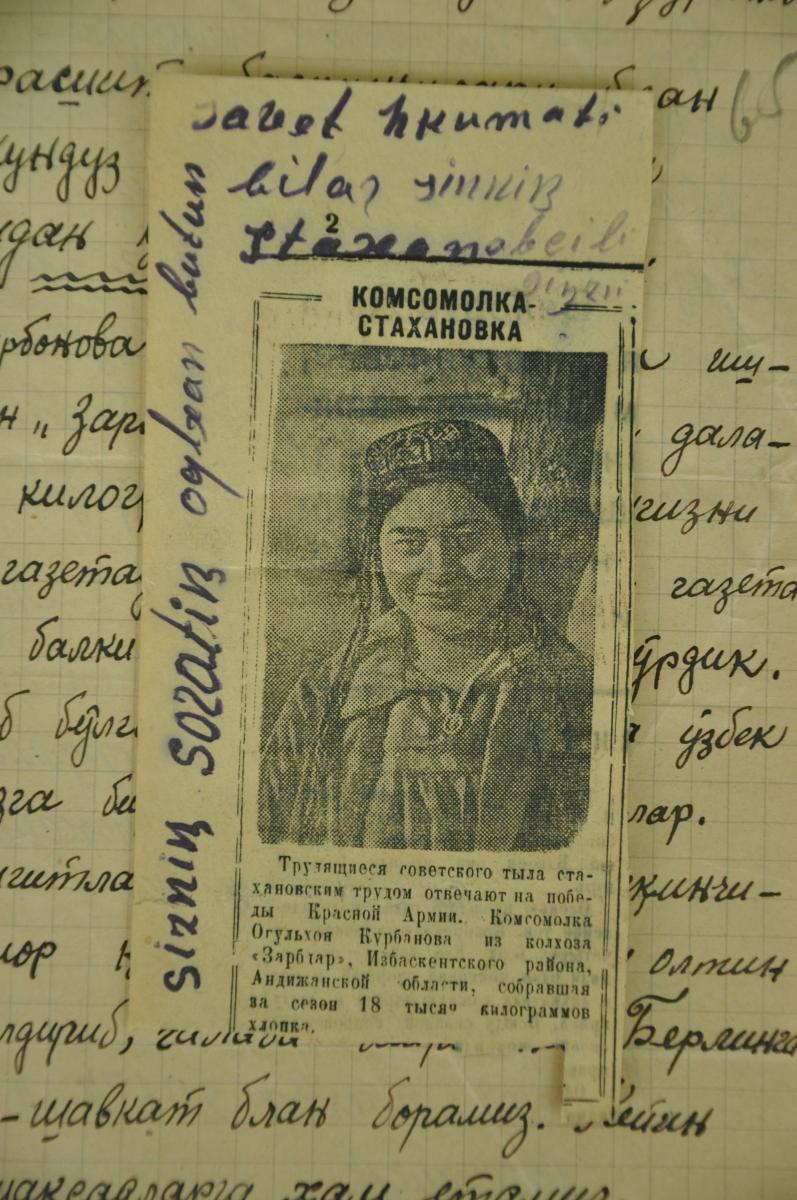 Inobad Kholdarova and Ogulkhon Kurbanova were kolkhoz labor heroes from rural Andijan oblast, Uzbek SSR, whose images appeared in Red Army soldiers’ magazines and newspapers. In any army without pin-up culture, their faces launched thousands of letters from servicemen of different nationalities scattered throughout the Soviet Union and Eastern Europe but united in their efforts to congratulate the young women and even initiate courtship from afar.

Rooted in the history of Soviet subjectivity and nationalities policy, this paper argues that the letters reveal transformations in Central Asian identities that were forged in military service and exemplified in the use of Russian nicknames, language, and epistolary practices. Other letters reveal the power of the war (and the state’s ideological apparatus) to inaugurate a nascent Soviet political community, exemplified by the inter-ethnic infatuations of Russian men. I examine the reception of the letters in rural Uzbek kolkhozes, with their different cultural mores and linguistic realities, to demonstrate the limits of this war-time imagined community. And I conclude by using this gap between the writers and the recipients to think more broadly about the Soviet Union as a distinctive form of empire, and the role of World War II in Central Asian history.