Presence of the Past: Contemporary History and Journalism 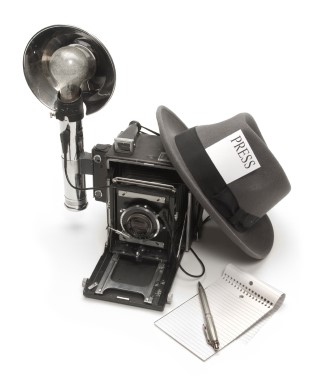 How do we distinguish between contemporary history and journalism, the borders of which eroded in the 20th century and continue to blur in the 21st?  Expanding our understanding of the recent past and current events, journalism and contemporary history share common problems and face similar challenges, yet the dialogue within and between these disciplines leaves a lot to be desired. Our speakers are filling this gap on a panel which aims to reflect on disciplinary crossroads between recent history and journalism, to investigate the borders of these disciplines, the ways they relate to each other and partake in the processes of fact production, as well as to investigate channels of communication between academic communities and wider audiences, adding therefore issues of consumption to issues of production of facts and interpretations. This mediation is ever more important for complex regions like Central, Eastern and Southeastern Europe. The production of information about current events in this part of the world happens in an interplay between local knowledge and interests of global audiences, creating a challenging situation for practitioners, as well as incentives for disciplinary cooperation.

Orville Schell is an American writer, academic, and activist. He previously served as Dean of the University of California, Berkley Graduate School of Journalism and is currently the Arthur Ross Director of the Center on U.S.- China Relations at the Asia Society in New York, which focuses on multimedia journalism, original research and public events to bring attention to areas of mutual interest to the United States and China. China was a topic of a number of his works, including The China Reader: The Reform Years (1999), Empire: Impressions of China (2004) and Wealth and Power: China’s Long March to the Twenty-First Century (2013).

Adam Hochschild is an American author, journalist, and lecturer. He graduated from Harvard with a BA in History and Literature. A longtime lecturer at the Graduate School of Journalism at the University of California, Berkeley, Hochschild has also been a Fulbright Lecturer in India, Regents' Lecturer at the University of California, Santa Cruz and Writer-in-Residence at the Department of History, University of Massachusetts of Amherst. His best-known works include The Unquiet Ghost: Russians Remember Stalin (1994/2003), King Leopold's Ghost, A Story of Greed, Terror and Heroism in Colonial Africa (1998/2006) and To End All Wars: A Story of Loyalty and Rebellion, 1914–1918 (2011).