Jim Secord (University of Cambridge): Global Geology and the Tectonics of Empire 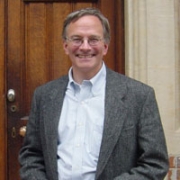 The decades surrounding 1900 witnessed an unprecedented outpouring of attempts to explain the history and structure of the Earth. These drew upon traditions of geological mapping, which used European standards to develop a global strata sequence, particularly relevant for mineral exploitation and extraction. The new tectonic syntheses also relied on oceanographic surveys, telegraph networks, and seismological stations to understand the structure of mountains, ocean basins, and the planet's interior.

This talk examines the rise of global geological theorizing in the context of fin-de-siècle liberal imperialism. Theories were formulated in diverse places, in academic centres and at the heart of the great empires: Paris, London, Calcutta, Cambridge, Berlin, Beijing, and especially in Vienna, in the work of Eduard Suess. In the interwar era, the Prussian meteorologist Alfred Wegener's theory of continental drift became increasingly attractive, especially among colonial geologists. After 1945 the flowering of late imperial geology was almost forgotten, but Wegener's speculations offered a connecting link with the new phase of instrument-based, ocean-based global theorizing during the Cold War, which culminated in the plate tectonics revolution of the 1960s.

Jim Secord is Professor of History and Philosophy of Science at the University of Cambridge, Director of the Darwin Correspondence Project, and a fellow of Christ's College. His research and teaching is on the history of science from the late eighteenth to the present. He has published several books, including Controversy in Victorian Geology (Princeton, 1986) and editions of the works of Mary Somerville, Charles Lyell, and Robert Chambers. Victorian Sensation: The Extraordinary Publication, Reception, and Secret Authorship of Vestiges of the Natural History of Creation (Chicago, 2000), an account of the public debates about evolution in the mid-nineteenth century, won the Pfizer Prize of the History of Science Society.