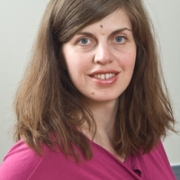 In 1919 the newly elected Social Democratic government of Vienna embarked on a project of bodily regeneration through urban transformation. The goal of sweeping interventions in areas as diverse as housing, culture and medicine was to transform the Viennese people devastated by disease and poverty in the wake of war and political turmoil into healthy and vital citizens. A leading architect of this radical experiment in urban governance was Julius Tandler, a professor of anatomy, medical school administrator as well as the chief architect of ‘Red Vienna’ health and welfare reforms. Tandler’s municipal work has been extensively studied, lauded for its achievements but also criticized for its arguably eugenic bent and for the socialist elite’s lack of understanding of working class culture. Few scholars have linked it, however, to his anatomical career, contemporary science, or longstanding competing traditions in Vienna medicine. Yet as I show in my talk, which is part of a larger project on anatomy in Vienna, if we accept, as it has been argued, that Red Vienna applied ‘rational scientific principles to shape a new social order for creating the neuer Mensch’, then the science behind it should be taken seriously.