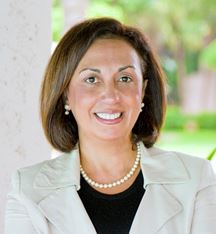 The accession of the three-year old Carlos II (1661, r. 1665-1700) to the Spanish throne inaugurated a new stage of dynastic rivalry between the Habsburgs and the Bourbons, changing the traditional dynamics of competition from on in which Habsburg territories and allies encircled and threatened to one in which they buffered and protected from France. Although clearly no longer the hegemonic power of Europe, first under Queen Mariana of Austria (1634-1696), regent of the monarchy from 1665 to 1676, and subsequently during the rest of Carlos II’s reign, Spain effectively adapted to its new position in the continent and implemented a number of important shifts in foreign policy that provoked a visible geopolitical reconfiguration. For the first time in its history, according to Spanish theologians, Habsburg Spain forged offensive military alliances with “heretics”—namely England and the United Provinces—against another Catholic prince (Louis XIV), decisively altering the traditional military and diplomatic blocks in Europe. A reconsideration of Spain’s role in the European stage allows scholars to cast a fresh light on the nature of international politics during a period of change and uncertainty, largely caused as well by the unresolved question of the Spanish succession. Such an approach effectively breaks the paradigm of late-Habsburg Spain’s irreversible decline, which has obscured, for close to three centuries, the dynamism and significance of the period.

Silvia Mitchell is assistant professor of early modern European history, early modern Spain, and women and gender studies at Purdue University. She received her Ph.D. from the University of Miami (Florida, U.S.A.) in 2013, where she was a McKnight Doctoral Fellow (2006-2011) and Graduate Lecturer (2012-2013). Her current book-length project based on her dissertation research, investigates the regency of Queen Mariana of Austria (1634-1696) from courtly, international, and gendered perspectives. Her publications on the topics of queenship, royal childhood, and women and diplomacy include, “Habsburg Motherhood: The Power of Queen Mariana of Austria, Mother and Regent of Carlos II of Spain” (Ashgate 2013); “Growing Up Carlos II: Political Childhood in the Court of the Spanish Habsburgs” (Ashgate 2014); and “Marriage Plots: Marriage Diplomacy, Royal Women, and International Politics at the Spanish, French, and Imperial Courts, 1665-1679” (Routledge 2015). She has presented widely in national and international conferences and workshops.