Muslim Soldiers in a Spanish Crusade: The Ideological Context of Moroccan Participation in the Spanish Civil War 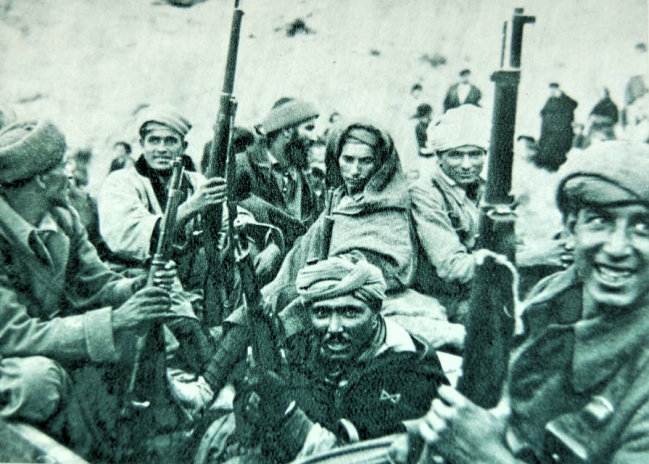 The “Moor” has served as a traditional religious and racial enemy of Spain for centuries, often in an explicitly military context. Nevertheless, the dictatorship of one of modern Europe’s most adamantly Christian rulers, Francisco Franco, propagated surprisingly positive views of Muslims and Islam. Military needs explained in part these paradoxical portrayals, as Moroccans fought in great numbers on Franco’s side in the Spanish Civil War (1936-1939). But even long before the war, influential Spanish military officers and intellectuals had praised Islamic North Africa in private and public discourse, embracing an ideal of Spanish-Moroccan brotherhood. This talk examines the place and function of the Moroccan soldier in Spanish military conceptions of the “Arab” and “Islamic worlds”, focusing on the period from the establishment of the Franco-Spanish protectorate in 1912 through Moroccan independence.

Geoffrey Jensen is the author of various books and articles on the history of Spain, European warfare, and the Spanish military in North Africa. Currently John Biggs ’30 Cincinnati Professor in Military History at the Virginia Military Institute, he has taught at Yale, UCLA, the University of Southern Mississippi, and the Royal Military Academy Sandhurst (UK).