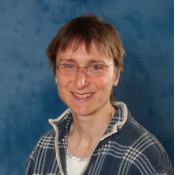 Roey Sweet is professor of urban history at the University of Leicester where she is Director of the Centre for Urban History, based in the School of History.  She has published widely on aspects of eighteenth-century urban and cultural history and on the eighteenth-century reception of the past.  Her publications include The Writing of Urban History in Eighteenth-Century England  (Oxford, 1997);  The English Town. Government, Society and Culture1680-1840  (Harlow, 1999); Antiquaries: the Discovery of the Past in Eighteenth-Century Britain (London, 2004) and Cities and the Grand Tour: The British in Italy, c. 1690-1820  (Cambridge, 2012).  She is co-editor of Urban History  published by Cambridge University Press; is a member of the Historic Towns Trust; the International Commission for the History of Towns; and on the organizing committees of the UK’s Premodern Towns Group and  Urban History Group, and of the European Association of Urban Historians.