The Co-Evolution of Useful Knowledge and the Urban Imaginary: a Critical and Long Term Perspective 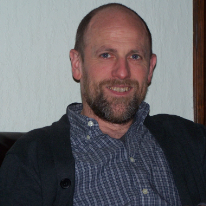 Current ideas about the impact of cities on the production of knowledge are very much influenced by economists who point to agglomeration economies and the clustering of institutions, if not to the presence of ‘creative classes’ and a tolerant and diverse cultural climate. In this lecture, such views will be historized and denaturalized. It will be examined how ‘urban agency’ was produced and fabricated, stressing the role of political philosophy and epistemic undercurrents. I will do so by concentrating on guilds and artisanal economic actors, which formed an important part of the urban fabric in a range of late medieval and early modern cities. Taking guilds and guild-based artisans as an example, I will describe the co-emergence of specific types of skills and knowledge and the urban as a community and body politic.

Bert De Munck is Professor at the History Department of the University of Antwerp, Belgium, teaching ‘History of the early modern period’, ‘History and social theory’, and ‘Public history’. He is member of the Centre for Urban History at the same university and director of the Scientific Research Community (WOG) ‘Urban agency. The historical fabrication of the city as an object of study’ and of the interdiscplinary 'Urban Studies Institute'. While he has worked on apprenticeship, craft guilds, labour and social capital, his current research interests include the circulation of technical knowledge, guilds and civil society, urban governance, and conceptual and theoretical approaches to urban history and urban studies.