Before Empire: Leopold II, Colonialism and the Ottoman Mediterranean 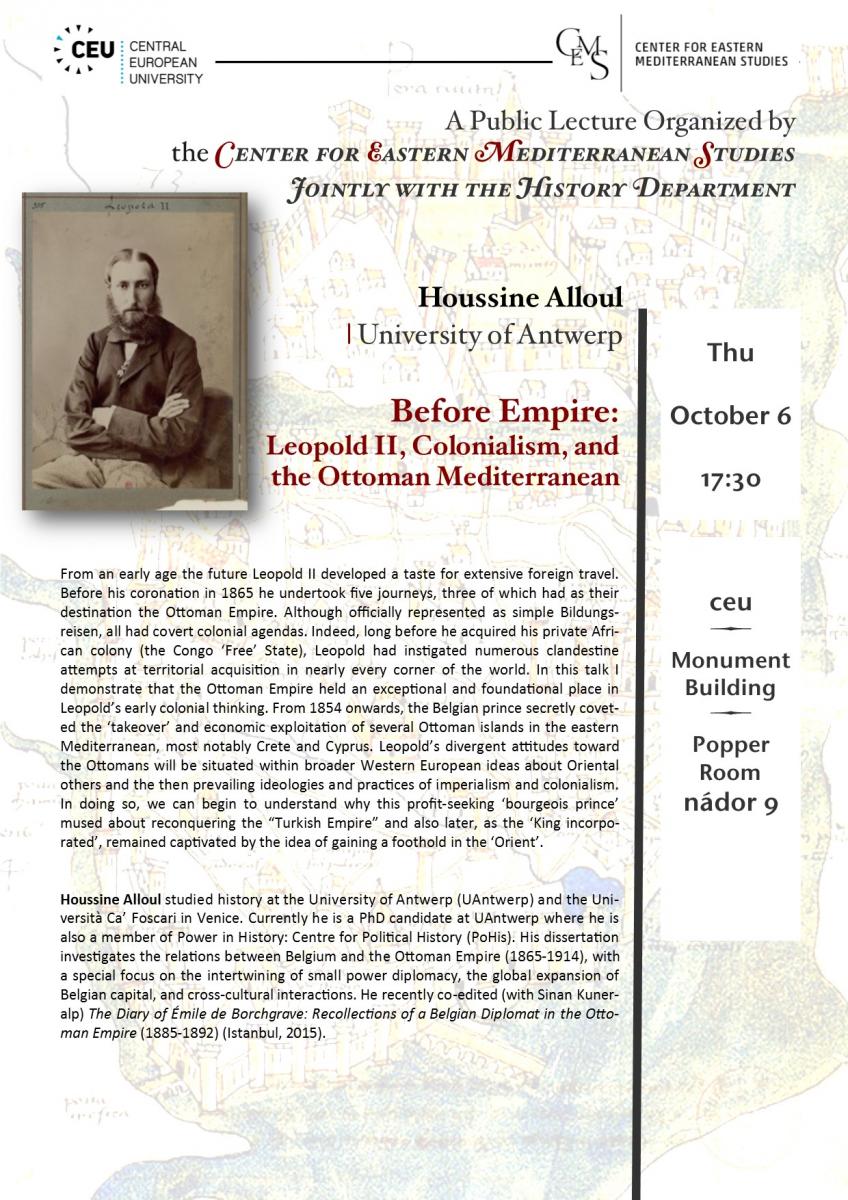 Before Empire: Leopold II, Colonialism and the Ottoman Mediterranean

From an early age the future Leopold II (b. 1835) developed a taste for extensive foreign travel. Before his coronation in 1865 he undertook five major journeys, some of which lasted up to ten months. Three of these voyages had as their destination the Ottoman Empire and its nominal dependency Egypt. While Leopold’s travels were represented as simple Bildungsreisen to both domestic and international audiences, all had covert colonial agendas. Indeed, long before the first building stones were laid of what later became the King’s private African colony, the so-called Congo ‘Free’ State, Leopold had privately instigated numerous clandestine attempts at territorial acquisition in nearly every corner of the world. Already as a young crown prince, he had been obsessed with the colonial idea, an obsession that had as much to do with certain personality traits as with the destructive process of Western imperialism at large. As his enthusiasm for colonization was shared only by a very small group of Belgian officials and businessmen, Leopold developed what he called a colonial “doctrine”: a set of core ideas and arguments meant to legitimize Belgium’s overseas expansion. He would reassert this doctrine throughout his life in private correspondence and public discourses.

In this talk I demonstrate that the Ottoman Empire held an exceptional and foundational place in Leopold’s colonial thinking. From at least 1854 onwards, the Belgian prince secretly coveted the ‘takeover’ and exploitation of several Ottoman islands in the eastern Mediterranean, most notably Crete and Cyprus. His travels in the Ottoman lands were closely related to these political and economic ambitions. Leopold’s divergent attitudes toward the Ottoman Empire will be compared with and situated within the broader sets of Western European ideas about Oriental others and societies. I will explore both popular and academic expressions of these ideas, which were inseparable from broader ideologies and practices of Western imperialism and colonialism. In doing so, we can begin to understand why this profit-seeking ‘bourgeois prince’ mused about reconquering the “Turkish Empire” and also later, as the ‘King incorporated’, remained captivated by the idea of gaining a foothold in the 'Orient'.