"Muddling East and West: Costume and Identification in the Early Modern Borderlands of Habsburg and Ottoman Europe" 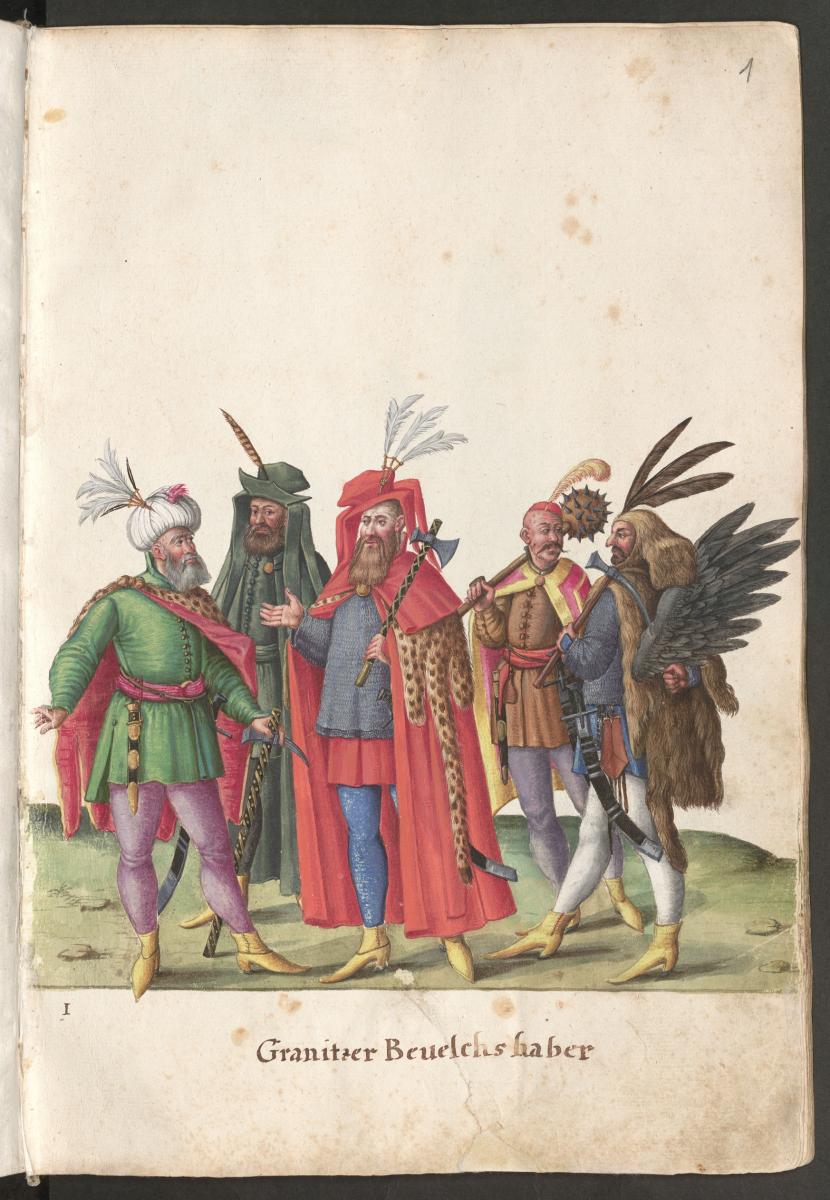 The multi-ethnic, multi-lingual, bureaucratic organisms referred to as the “German” and “Turkish” Empires and the massive militaries they supported were conglomerates: patchworks with permeable borders into which entrepreneuring men from the borderlands could always migrate and find exciting and rewarding positions to take up their swords and shields. Local troops, carrying their material culture with them as they moved, frequently joined either imperial army to create relentless and highly variegated war machines. This paper explores the relationship between dress and dynastic affiliation on the military borderland between Habsburg and Ottoman Europe. Using extant objects alongside verbal portraits and visual attempts to pinpoint identities in costume books, it shows how locals of the borderland lived in a world where practices of clothing, draping, and arming the body were just as fluid and permeable as the border itself. While diplomats and travelers were cautious to identify and follow formal dress protocol, locals continued their own mixed practices. We see groups commissioning wearable arts across the border, exchanging textile gifts, and forging multiple self-images in conversation with their surroundings. The question of how to tell the subjects of the Sultan apart from the subjects of the Holy Roman Emperor persists today in cataloguing museum collections of material culture. This muddling of costume and identity is essential to grasping how the two rival empires defy models of cultural exchange and the very categorizations of East and West.

Robyn D. Radway is a PhD candidate in the Department of History at Princeton University. She specializes in imperial entanglements in politics, culture, society, and the arts in early modern Central and Eastern Europe. Trained as both a historian and art historian, she has worked in a number of international museums, including the Metropolitan Museum of Art in New York.