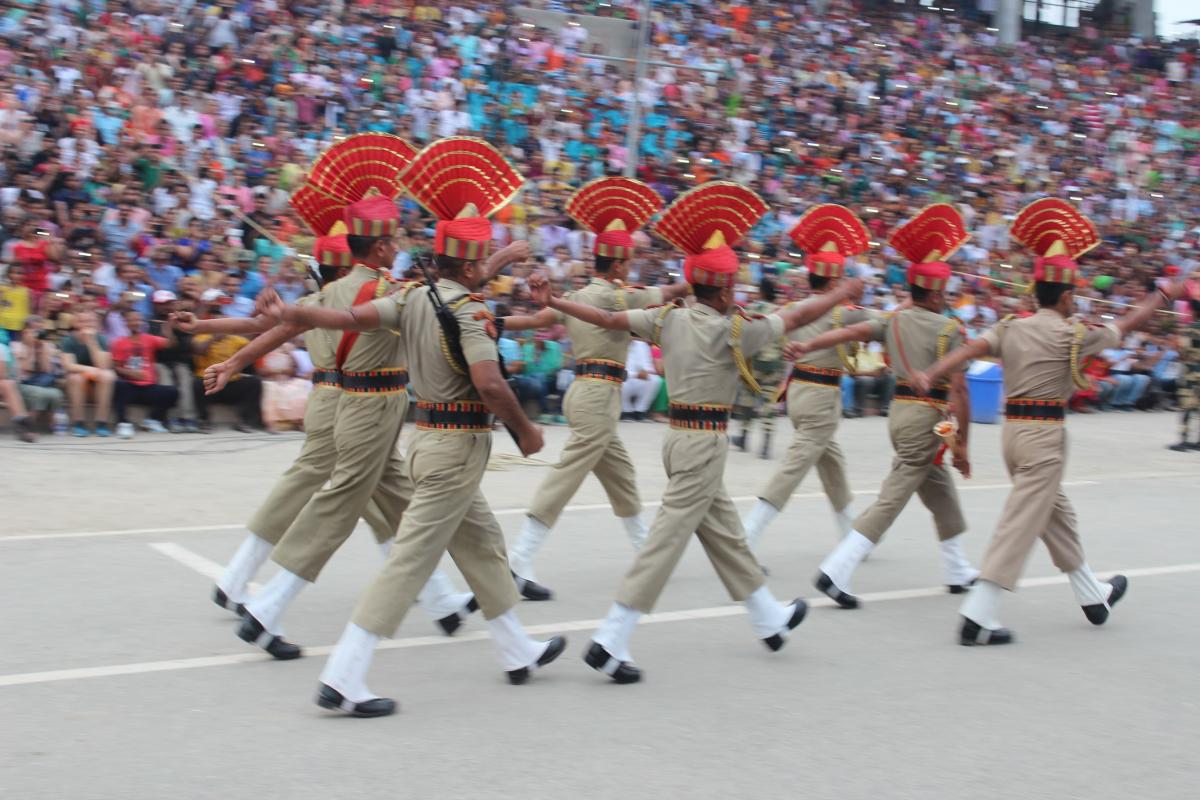 The Wagah-Attari Border Ceremony in the divided region of Punjab stands testament to the presence of Partition in present-day India. Exhibiting a highly choreographed march consisting of high kicks, ludicrous gestures and absurd one-upmanship, this ceremony sees a footfall of over twenty thousand people who watch and participate every single day. The Partition of British India into two countries - India and (East and West) Pakistan in 1947 left behind a trail of undivided resources, fragmented memories and a collection of stories. This ceremony is performed as an attempt to symbolise peace in a region that suffered unprecedented violence in the aftermath of the struggle for Independence. Drawing upon anthropological fieldwork conducted in and around the Wagah-Attari border, I look at the ritualisation of this political performance and its implications for the spectators. This paper specifically deal with the feeling of ‘being affected’ during this ceremony and the factors that go into creating it. It studies and questions the role of hyper-masculinity, propaganda and absurdity to understand the felt-quality of this ceremony. Using participant observation, informal interviews, movement analysis, and the experiences of being affected, this paper explores the power and dominion of political performances and their disposition in a mass democracy like India.

Urvi Vora is a contemporary dancer and researcher from New Delhi. She has recently finished her postgraduate studies in Dance Anthropology in which her interests revolved specifically around modern rituals, performance of politics and performative affect. She has been a member of The Pind Collective, a group of young artists from India and Pakistan who create and respond to each other’s work on an online platform, for the last two years.

The event is organised by The South Asia Research Group