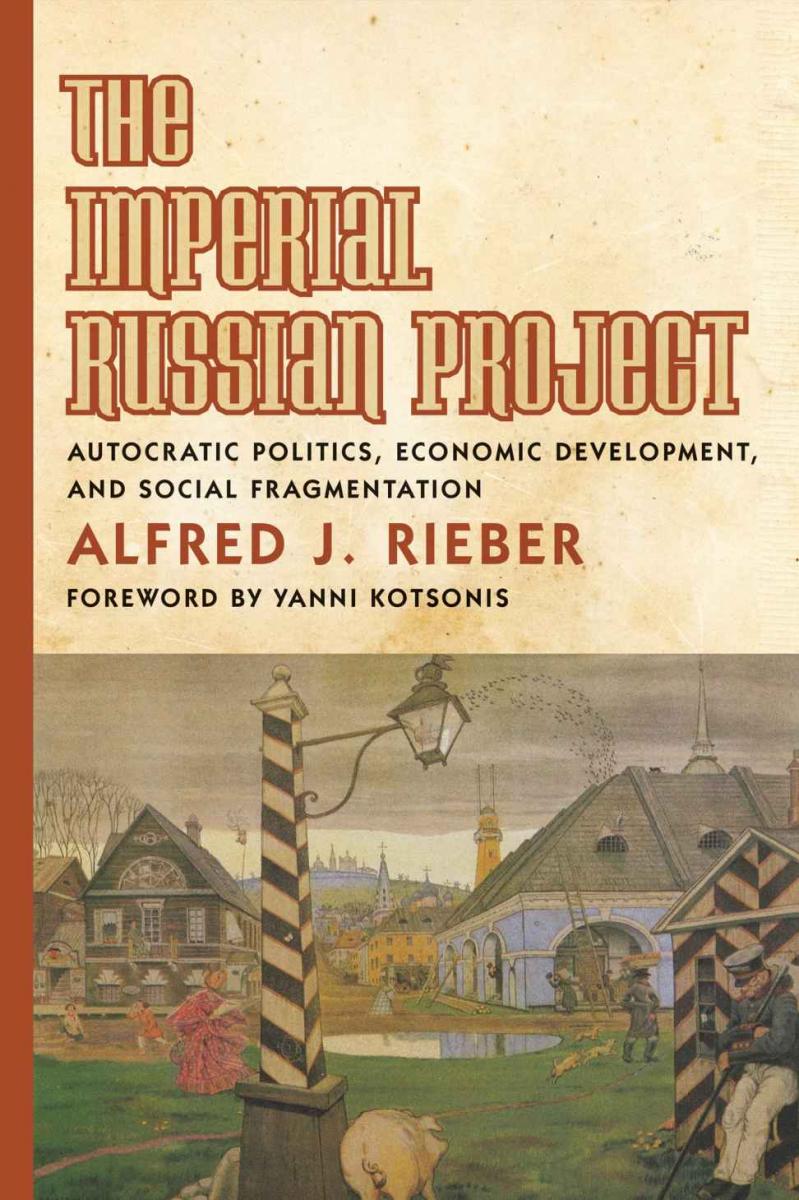 A pioneer in the field of Russian and Soviet studies in the West, Alfred J. Rieber’s five decade career has focused on increasing our understanding of the Russian Empire from Peter the Great to the coming of the First World War.

The Imperial Russian Project is a collection of Rieber’s lifetime of work, focusing on three interconnected themes of this time period: the role of reform in the process of state building, the interaction of state and social movements, and alternative visions of economic development. This volume contains Rieber’s previously published, classic essays, edited and updated, as well as newly written works that together provide a well-integrated framework for reflection on this topic. Rieber argues that Russia’s style of autocratic governance not only reflected the personalities of the rulers but also the challenges of overcoming economic backwardness in a society lacking common citizenship and a cohesive ruling class. The Imperial Russian Project reveals how during the nineteenth century the tsar was obliged to operate within a changing and more complex world, reducing his options and restricting his freedom of action.

Alfred J. Rieber is currently University Professor Emeritus at the Central European University, Budapest and Professor Emeritus at the University of Pennsylvania He served as head of the History Department at the University of Pennsylvania for ten years and succeeded Peter Hanak as the second head of the History Department at the CEU from 1995-1998. He is the author of ten books on Russian, Soviet, East European and Eurasian history. His latest works are Struggle over the Eurasian Borderlands. From the Rise of Early Modern Empires to the End of the First World War, (Cambridge, 2014), which won the Jerry Bentley Prize of the World History Association   and its sequel, Stalin and the Struggle for Supremacy in Eurasia, (Cambridge 2016) which was short listed for the Pushkin House Prize in Great Britain.  His chapter on “Anti-fascist Resistance Movements during the Second World War” will appear in the Cambridge History of Communism this year and next year “Russia in Asia” will be published as  a chapter in the Oxford Research Encyclopedia on Asia.