Galileo’s Laughter: Knowledge and Freedom in the Seventeenth Century 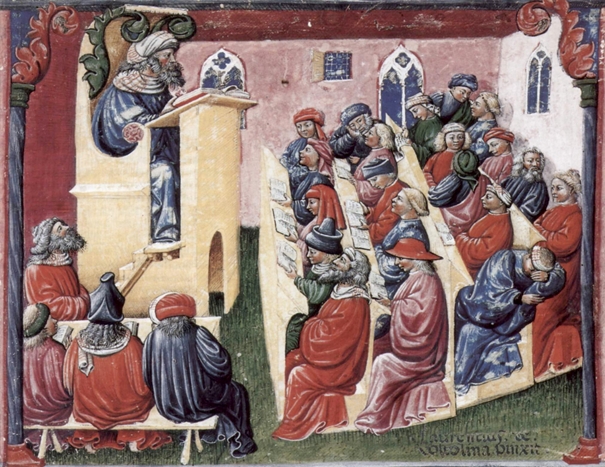 This talk explores Galileo’s understanding of the idea of libertas philosophandi, the freedom to philosophize. How did he understand this concept, which predated Galileo’s problems with the Roman Inquisition, and how did he act on it early in his career? What did Galileo himself contribute to the further articulation of this idea in his correspondence and other writings, including his well-known Letter to the Grand Duchess Christina (1615)? Unpublished until after his trial, Galileo’s writings on the relationship between faith and knowledge circulated widely in manuscript. How did Galileo’s ideas about libertas philosophandi change in light of his trial and condemnation? Fundamentally, this talk with reflect on the paradoxes of intellectual freedom in Galileo’s age.

Paula Findlen is Professor of Early Modern Europe and History of Science, Ubaldo Pierotti Professor of Italian History, and Co-Director of the Suppes Center for the History and Philosophy of Science and Technology at Stanford University. She is the author of Possessing Nature: Museums, Collecting and Scientific Culture in Early Modern Italy (1994), the editor of Athanasius Kircher: The Last Man Who Knew Everything (2004), Early Modern Things: Objects and Their Histories, 1500-1800 (2013) and Empires of Knowledge: Scientific Networks in the Early Modern World (2018), as well as the co-editor of numerous other volumes.

This lecture takes place in the framework of the conference Academic Freedom in Historical Perspective https://history.ceu.edu/events/2018-11-08/academic-freedom-historical-perspective