cordially invite you to

a mini series by

This mini-series is a first step toward breaking new ground in the field of historical academic publishing: uncovering new, cinematic frameworks for illustrating academic research; shedding light on the artistic and creative possibilities that result from a collaboration between academics, filmmakers and publishers; and fundamentally altering assumptions about how the moving image can interact with research methodologies and outputs in a new digital age. In her paper, Josefine Baark, Junior Research Fellow in Early Modern History at CEU, explores how an artisan community in eighteenth-century Canton adapted new European clock-making technology to the making of humanoid automata in a Chinese aesthetic style. Drawing on distinct Chinese traditions, these objects reveal the fascination with living machines or automata that was common to both Europe and China in the early modern period and continue to fascinate contemporary audiences in museums and archives. The film, ‘The Mysteries of Chinese Mechanics’, produced by Baark and directed by Christian Laursen, draws on Baark’s research, focusing on how European technology was integrated into a system of Chinese aesthetics in order to signify Sino-European trade connections. Presenting their work on translating this academic research into film, Baark and Laursen hope to contribute to the broader debate on how digital media might have a powerful effect on academic publishing. 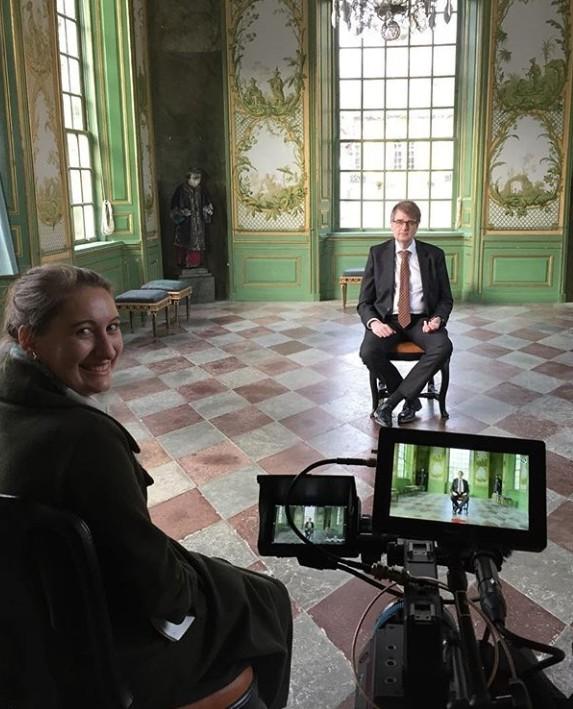 A Moving Hand and a Nodding Head:
An Early Modernist’s Approach to Filmmaking

Framing “The Mysteries of Chinese Mechanics”:  A Filmmaker’s Approach to Research

Josefine Baark is currently the Early Modern Studies Fellow at CEU, working on aesthetics and technology exchange between Europe and China. She graduated from the University of Cambridge in 2015 and has since then worked in Hong Kong and China. In 2019, she will be joining the University of Warwick as a Leverhulme Trust Early Career Fellow.

Christian Laursen is an experienced filmmaker, who has focused on cinematic photography. He has worked as a photographer on a large number of Danish and international documentary and feature films (The Night Manager, Gælden, Forever Now). Most recently he was Director of Photography on the American-produced documentary UNREST, which premiered at the Sundance Film Festival last year and was shortlisted for an Oscar 2018.