Stalin’s Team – With and Without Stalin 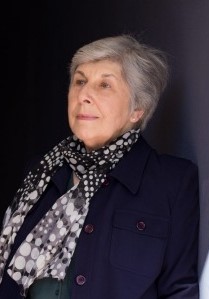 For an exceptionally eventful 25 years, Stalin worked closely with a team of political associates roughly equivalent in membership to the Politburo.  Some regarded them simply as yes-men, incapable of ruling without Stalin. Yet when Stalin died in 1953, they presided as a “collective leadership” over a remarkably successful transition, not only maintaining stability but immediately embarking on a wide-ranging reform program. How was this possible? And what light do the actions of “Stalin’s team without Stalin” in the years 1953-7 throw on the dynamics of high politics before Stalin’s death?

Sheila Fitzpatrick is Professor of History at the University of Sydney and Distinguished Service Professor Emerita of the University of Chicago. Her books include Everyday Stalinism (2000), Tear off the Masks! Identity and Imposture in Twentieth-Century Russia (2005), My Father’s Daughter (2010) and a memoir of Moscow in the 1960s, A Spy in the Archives (2013. Her most recent monograph, On Stalin’s Team: The Years of Living Dangerously in Soviet Politics, was published by Princeton University Press and Melbourne University Press in September 2015. She is currently working on a project on displaced persons from the Soviet Union after the Second World War and the issue of repatriation, as well as a book on the experiences of Michael and Olga Danos as DPs in Germany.