"Einstein in Bohemia: Choose Your Own Worldline" 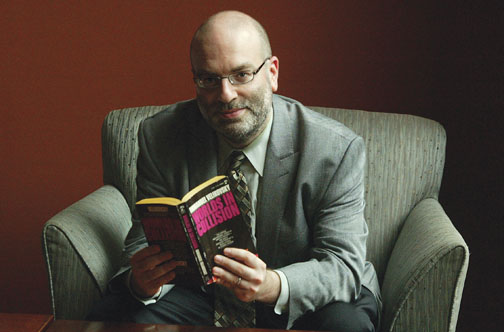 From the Spring of 1911 to the Summer of 1912, Albert Einstein (1879-1955) was professor of mathematical physics at the German University in Prague. This episode has not enormously impressed his biographers. Neither his duration in this position nor the physics he produced while there — some abortive starts toward the general theory of relativity, whose centenary (and publication in Berlin) was celebrated this past November — seem to require much comment. Einstein disliked his stay in Prague, and rarely mentioned it afterward. Indeed, the Collected Papers of Albert Einstein does not even mark it, partitioning his career into “the Swiss years” (1900-1914), “the Berlin years” (1914-1932), and “the Princeton years” (1933-1955). (Prague is implicitly assimilated into the first.) Of course, Einstein did not know in advance that he would leave Prague after three semesters; nor did he know that his first effort toward a gravity theory would prove unsuccessful. Prague was the beginning of a new epoch, until it wasn’t.

This project starts from Einstein’s light footprint in the Bohemian capital and then radiates outward across multiple story-paths, or “worldlines,” some of which turn out to be more about Prague than about the young physicist. By tracing the historical pasts and futures inflected through Einstein, we uncover a picture of Prague that is rather less mystical and Golem-ridden and significantly more rationalist than the typical Baedeker presentation. The stories run from the fourteenth century to the late twentieth, and touch on politics, literature, science, philosophy, Czechs, Jews, Germans and more. Rather than simply arbitrarily select some stories to share in the colloquium, I will leave the choice to you. After a short introduction to the person, the place, and the method, I will ask the room to vote among which worldlines we will trace, which paths up and down the historical web of associations we will follow. That way, we’ll all be surprised.