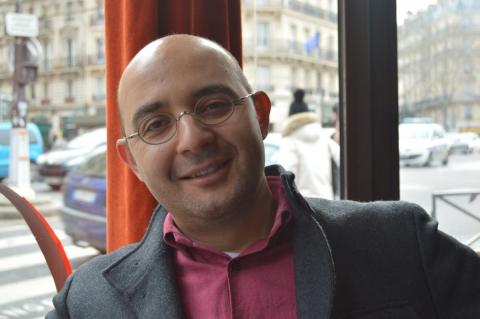 Y. Doğan Çetinkaya defended his MA thesis at CEU in 2004. He is currently a faculty member at Istanbul University. After CEU, he received his PhD at Leiden University (Netherlands) in 2010. In 2017 he became the vice-president of History Foundation, the largest independent organisation of historians in Turkey. He gives lectures and organises workshops in Free University-Istanbul since 2010. In 2012-2013 he was a visiting scholar at Panteion University in Athens. Among his other publications his book has been released in 2014 from I.B. Tauris in London: The Young Turks and the Boycott Movement: Nationalism, Protest and the Working Classes in the Formation of Modern Turkey. This is a study that he started to work on at CEU.

CEU and the year I spent in Budapest have a precious place in my life. CEU provided me a milieu in which I came a cross with brilliant friends and scholars from whom I have learned a lot. CEU comprises an academic environment, which opens doors to paths you want to go through. It does not provide ready-made answers but invokes you to ask more and more meaningful questions that orient you to new worlds of knowledge. I took courses from a broad range of possibilities and had the chance to listen many well-known intellectuals who visit CEU frequently during the academic year. I still try to keep in touch with my classmates and professors who still continue to enrich my life. After all, it was one of the most fruitful experiences of my life.