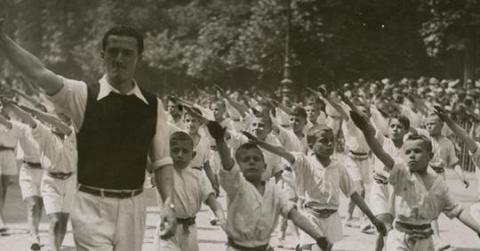 Violence has always played a central role in fascist ideology and political practices, either as a means by which to overthrow governments, or to achieve national rebirth and cleansing through the physical removal or annihilation of political enemies and “alien” ethnic or racial communities. Yet there were huge differences concerning the dynamics and magnitude of violence as a function of the political context in which fascists came to power and ruled. By and large, the relationship between fascism and violence has been explored in two separate streams of academic literature. On the one hand, experts on fascism have primarily focused on analyses of ideology, political culture and social activities, with violence playing a secondary role in those analyses. On the other hand, scholars from the field of Holocaust and genocide studies have usually focused on modes of exclusion and the implementation of genocidal violence without necessarily dealing with fascist ideology per se, or with its appeal and ability to achieve mass mobilisation.

The Second Convention of the International Association for Comparative Fascist Studies (COMFAS) aims at bringing the two fields together in order to help foster synergies and cross-fertilisation. This will be achieved by focusing on the following three themes of relevance for scholars from all subject fields:

We invite comparative or case-study contributions exploring topics such as:

Scholars interested in attending or contributing to the conference should send a mail with an abstract, short bio and contact information to comfasconvention2019@comfas.org no later than 30 November 2018. We welcome individual papers as well as panel proposals.

The event is hosted by the Hugo Valentin Centre, Uppsala University, and co-organised with COMFAS at the Central European University. Convenors are Tomislav Dulić (HVC) and Constantin Iordachi (CEU). Contact details: comfas@comfas.org.

The International Association for Comparative Fascist Studies is a nonprofit and nonpolitical scholarly organization dedicated to the comparative and transnational study of fascism (www.comfas.org). The Association is open to graduate students, researchers, and professors at whatever stage of their career. Its aim is to promote new multi-disciplinary research approaches to this field, in a joint effort of scholars from various disciplines and historiographical traditions. COMFAS is based at Pasts, Inc. Center for Historical Studies, at the Central European University, Budapest. The Association’s main publication outlet is the open-access peer-reviewed journal Fascism. Journal of Comparative Fascist Studies (Brill).