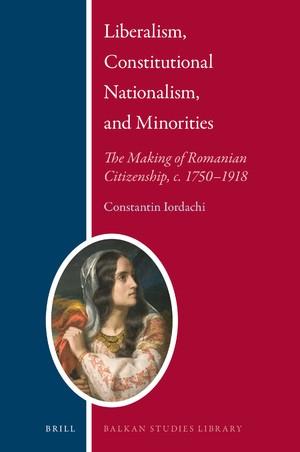 This book documents the making of Romanian citizenship from 1750 to 1918 as a series of acts of national self-determination by the Romanians, as well as the emancipation of subordinated gender, social, and ethno-religious groups. It focuses on the progression of a sum of transnational “questions” that were at the heart of North-Atlantic, European, and local politics during the long nineteenth century, concerning the status of peasants, women, Greeks, Jews, Roma, Armenians, Muslims, and Dobrudjans. The analysis emphasizes the fusion between nationalism and liberalism, and the emancipatory impact national-liberalism had on the transition from the Old Regime to the modern order of the nation-state. While emphasizing liberalism's many achievements, the study critically scrutinizes the liberal doctrine of legal-political “capacity” and the dark side of nationalism, marked by tendencies toward exclusion. It highlights the challenges nascent liberal democracies face in the process of consolidation and the enduring appeal of illiberalism in periods of upheaval, represented mainly by nativism. The book's innovative interdisciplinary approach to citizenship in the Ottoman and post-Ottoman Balkans and the richness of the sources employed, appeal to a diverse readership.