Vladimir Petrovic: “Hubris of Themis: ICTY and the Balkans two decades after” 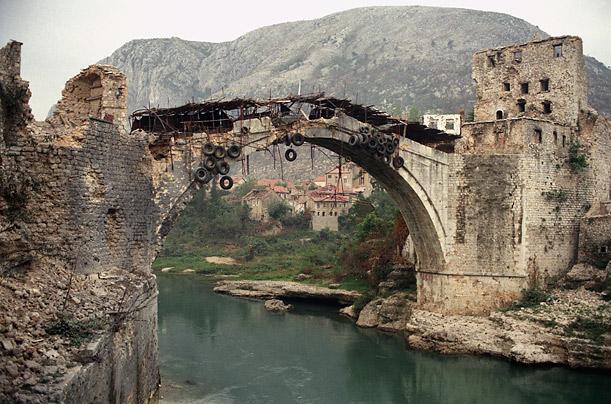 “Hubris of Themis: ICTY and the Balkans two decades after”

The History department of CEU welcomed the members of the faculty and students of several departments of CEU for the first Departmental Research Seminar in 2015-16. On this occasion, Vladimir Petrović, who teaches both at the Legal Studies Department and the History department gave a lecture on the twenty years of legal practice of the International Criminal Tribunal for the Former Yugoslavia, revisions of its activities by both the politically interested sides in the former Yugoslav countries and the human rights activists, and his own personal experience in the work of the Tribunal. He presented the proclaimed set of goals that ICTY declared in 1993, and confronted it with the outcomes of the trials and the public response to its work. By balancing the narratives of ICTY’s successes and failures, Petrović was examining the Tribunal’s self-perception and the public opinion on its work, both in the former Yugoslav countries and in the rest of the world.  One of the key points of his inquiry was the evaluation of its role in the international law and its position in the political agendas of the United States and the European Union.

Petrović stressed the overall disappointment that aroused after 2006 when the majority of the human rights activists recognised in the work of the ICTY the failure of transitional justice. In the light of the controversial acquittals and the reversals of verdicts, the public opinion strongly reacted to court’s decisions, creating a polarized atmosphere where people sided either for or against the Tribunal. While the negative reactions of the nationalist circles were anticipated in all countries, the unexpected criticism of the human rights activists was a blow to the work of the ICTY. Petrović proposed several answers for this disappointment. He saw one of the reasons for the failures of the Tribunal in the overly ambitious goals set at the beginning to which the administration of the ICTY was not prepared for. Then he stressed the negative effect that was produced in 2006 with the announcement of the closing of the court. Finally, he suggested that one of the problems might have originated in the cultural understanding of transitional justice and human rights, which he treated as a religious complex of ideas.

Finally, Petrović stressed the positive consequence of the work of the ICTY in the documentation of the war crimes, precise accounting of all the victims and the perpetrators, and the documentation of the evidence which could serve in the future for analysis of the events. The amount of evidence ascertained and presented by the Tribunal could serve historians in the future, and the Yugoslav wars of the nineties could be considered today one of the best documented historical events in recent history.